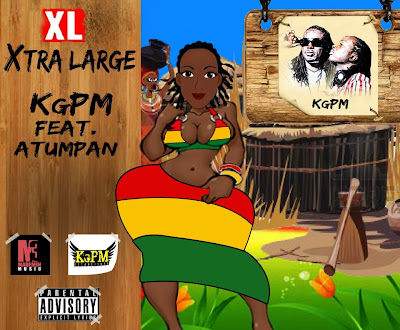 2012 was a very busy year for KgPM, and now they are ready to give it to you
XTRA LARGE!!!

The hip-life veterans are back with a new sound in their single 'Xtra Large' which is taken from their forthcoming album. The song features Atumpan of 'The Thing' fame, and is produced and remixed by MethMix and Kaywa.

This is a nod to the current Azonto style of music that is taking the world by storm, but with an even more dance-inducing edge. In true KgPM style, the lyrics are full of double entendres, and it's up to you to interpret them however your mind does!

KgPM will be following up their critically- acclaimed debut album 'Saa Na Wotiɛ
with a new album potentially titled 'The Re-Entry' which will showcase their signature
sound of raw Hip-hop, but infused with Afrobeat, Jazz and Pop.

Here is your exclusive copy of the new single by KgPM featuring Atumpan, which is on sale digitally worldwide from today, on iTunes, Spotify and Amazon.