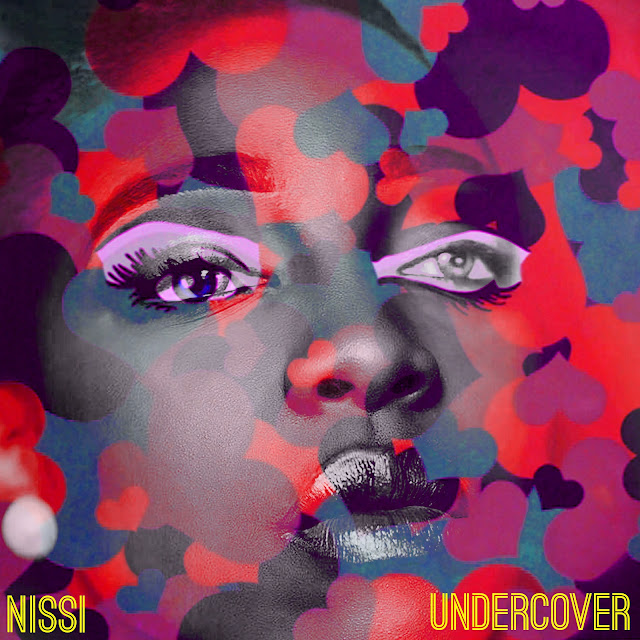 For the next single from her highly anticipated forthcoming debut EP titled The Virus, and what is her third release of the year, following her acclaimed ‘Familiar’ video, and the well received ‘Favourite List’, London-based Nigerian singer, songwriter and musician NISSI is proud to unveil her brand new offering titled ‘Undercover’. Coming on the back of rave reviews for ‘Familiar’ and ‘Favourite List’ from SoulBounce, Earmilk, Okayafrica, Hypefresh Magazine, and Superselected, among others, and building on strong early support from the likes of MTV Base, Hype Machine, The Guardian NG, Link Up TV and Guestlist Magazine, ‘Undercover’ is set to continue the hot streak that Nissi has been on, over the past 12 months. For this new ‘Undercover’ single, she has linked up with burgeoning UK Afrobeats producer TwoBadGuyz, who has previously worked with some of Africa’s biggest stars including Olamide, Seyi Shay and Iyanya, among others. Together, they have created an infectious drums-led genre-bending summer fusion jam, underpinned as ever, by Nissi’s glorious vocals, arresting delivery and vibrant flow. Speaking about how the record came about, Nissi says, “‘Undercover’ really is just a vibe.

We recorded it the very first we met. TwoBadGuyz was playing me some draft instrumentals he was working on, and once I heard this one, I literally started freestyling onto it. The song lyrics really talk about the thrill of doing something that isn’t necessarily right, but feels like it is, so you do it anyway. The boisterous production definitely demanded this kind of daring and free songwriting from me”. On a personal level, Nissi adds that, “I guess, for me, I’ve had that real feeling of being denied something I felt was good for me in my music career, because it apparently wasn’t ‘right for me’, but still wanting it anyway.

Having something that makes you feel good be labelled forbidden can certainly feel like rejection, but instead of having it deter you, it can really motivate you to go for it even more. If they stop the flow of our movement, then we’ll just go undercover, as the song title says”.
at September 11, 2018