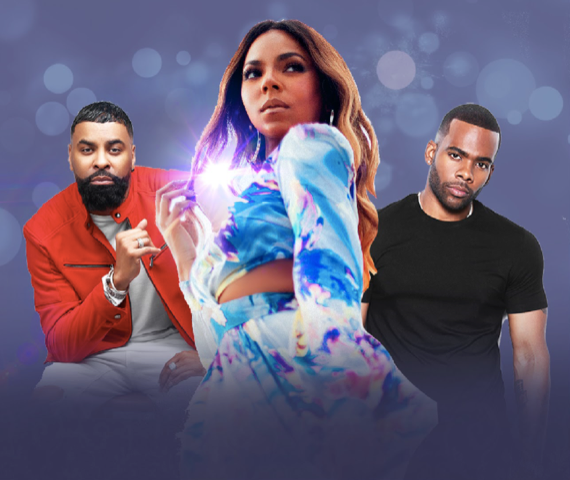 Grammy Award-winning and Billboard chart topping R&B songstress Ashanti has announced a set of UK live dates for next year January and February, including three dates with live bands which will see her joined by fellow R&B superstars Ginuwine and Mario in London (Eventim Apollo) on Friday 31st Jan, Manchester at BEC Arena on Saturday 1st Feb and Birmingham O2 Academy on Sunday 2nd Feb.

Commencing on Weds 29th January at Bristol Academy with Ashanti and Ginuwine, the TCO and Geestar Empire tour also takes in a string of solo Ashanti dates across Cardiff, Norwich, Leeds and Nottingham, before culminating with a show at Glasgow O2 Academy on Saturday 8th Feb.

Tickets go on pre-sale on Wednesday 23rd October and general sale Friday 25th October and are available via the venues and all usual ticket outlets.

Best known for iconic hits such as ‘Foolish’, ‘Rock Wit U (Awww Baby)’, ‘Rain on Me’ and ‘Only U’, the multi-platinum selling singer-songwriter, producer and actress Ashanti has sold millions of records across the world and picked up a Grammy Award, eight Billboard Music Awards and two American Music Awards since releasing her self-titled debut album in 2002.

One of the biggest R&B artists of the 90s and 00s, Ginuwine released his iconic debut solo single ‘Pony’ in 1996 and continued to confirm his superstar status with tracks such as ‘In Those Jeans’, ‘Differences’, ‘So Anxious’, his epic cover of Prince’s ‘When Doves Cry’ and collaborations with the likes of Missy Elliott, Aaliyah, P Diddy and long-time collaborator Timbaland.

Mario burst onto the music scene in 2002 and swiftly made a huge impact with his number one selling singles ‘Just A Friend’ and then 2004’s ‘Let Me Love You’, which earned him two Billboard Music Awards and saw him being included in Billboard’s ‘Artist of the Decade’ list.

With such stellar credentials across not only the R&B scene but the music and pop-culture industries at large, this is a tour not to be missed. 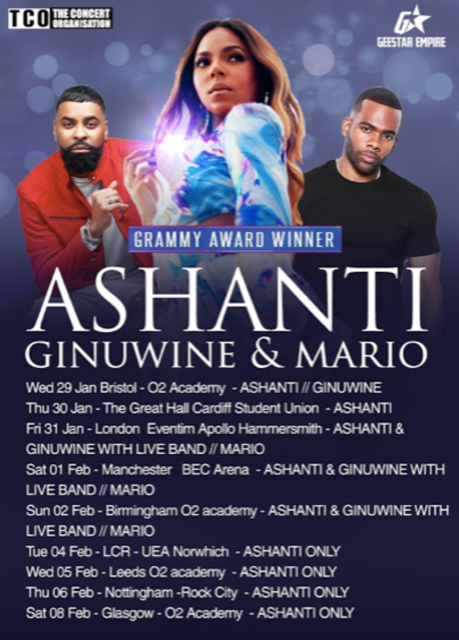