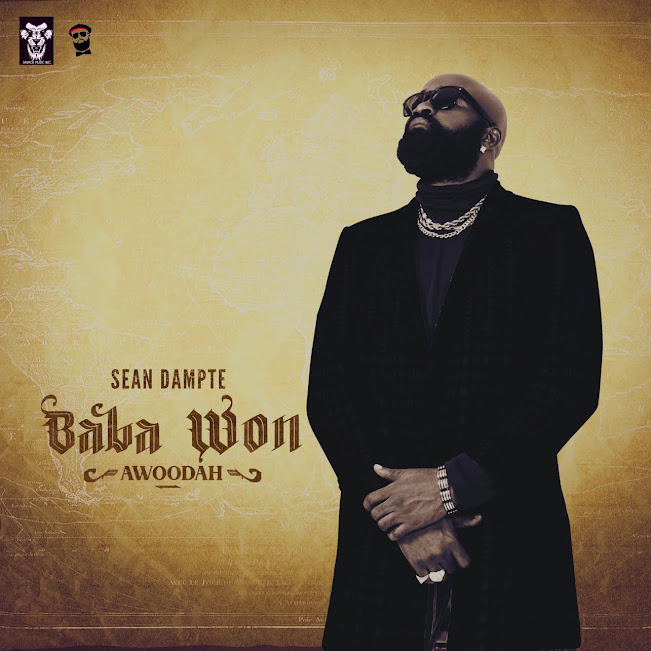 On the back of his massive global music collaboration with fellow UK-based afrofusion artist Nizzy and Nigerian rising star Buju, which is being championed by the likes of Flaunt Magazine, 9Bills, Niji Magazine, iMULLAR and PAM Magazine, UK-based afropop and afrofusion artist SEAN DAMPTE returns with his highly anticipated third EP BABA WON on October 15. This new project is the third instalment in his ‘Awoodah’ EP series, which started back in 2018 with his debut EP The Awoodah Begins and continued last year with the Man Like Sean Dampte EP.
Produced by JayOcean, with additional production from Jomane and TushBeats, the 5-track Baba Won EP opens with the already popular lead single ‘Pepe (Remix)’ before going into the infectious afrobeats offering ‘Allow Me’ featuring SeyiVibez, and the slow-burning love song ‘Oji Mo’. The EP winds down with ‘Choke Oh’, which sees Sean Dampte opining about relationships that are only driven by money, and the introspective ‘Agbada’, over which the Nigerian-born artist shares his story of perseverance and how far he has come to reach where he is now.
Speaking about the inspiration behind his Baba Won EP, Sean Dampte says, “with this ‘Baba Won – Awoodah’ EP, I felt it was time to fully begin to express the enigma behind the artist that is Sean Dampte and what is behind the music itself. ‘Baba Won’ aims to showcase the different elements to my music without losing its African heritage and background. The EP was inspired mostly by the need to show how far the brand ‘Awoodah’ and I have come since 2018, and to serve as a prelude to my debut album, which is going to be released in 2022”.
Championed by the likes of MTV, BET, TRACE and Apple Music, and more recently by Flaunt Magazine, iMULLAR and PAM Magazine, while also having shared the stage with afrobeats royalty such as D’Banj, Wizkid, Davido and Wande Coal, Sean Dampte has been foundational and a staple fixture in the rise of afrobeats music in the UK, and is revered for his stellar fusion sound of afrobeats, dancehall and pop music, which has amassed over four million plays along the way. His highly anticipated new EP Baba Won – Awoodah is out now on October 15.
LISTEN ON AUDIOMACK:
https://audiomack.com/seandampte/album/baba-won-awoodah
LISTEN ON SPOTIFY:
https://open.spotify.com/album/7CmFP4rrvKVbpAdyky2XCJ
STREAM + DOWNLOAD HERE: https://hypeddit.com/link/s46x6l
at October 15, 2021