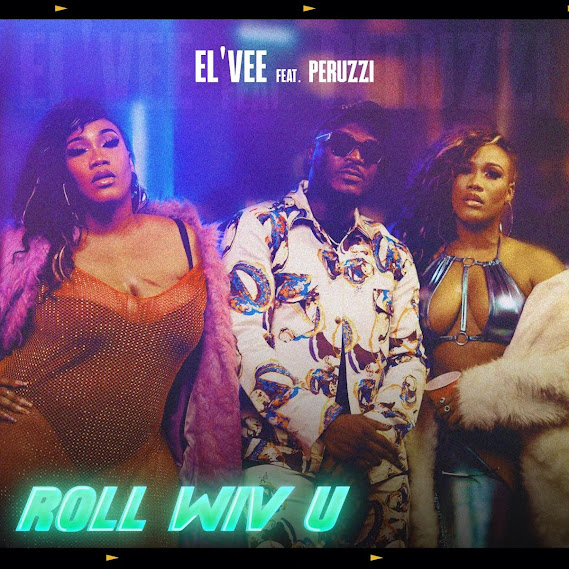 Coming on the back of their last two summer hit singles ‘Balotelli’ and ‘Money’, as well as recent support from Complex, PopMatters, Capital Xtra, BBC Introducing and OkayAfrica among others, British Nigerian Afropop twin sister duo EL’VEE return with their infectious new single titled ‘ROLL WIV U’, which features Nigerian rising star PERUZZI. The dancehall-tinged track is the latest offering from the twin sister’s upcoming long-awaited debut EP that is set to be released in 2022.
Produced by Tiwezi and The Animal Farm, and engineered by award-winning Nigerian producer Tee-Y Mix, who has worked with the likes of Burna Boy, Davido and D’Banj, ‘Roll Wiv U’ is a sexy pop track with glorious dancehall and afrobeats sensibilities, which sees El’Vee letting their hair down and having fun on the track, while showing off their artistic versatility and paying homage to their favourite dancehall classics, with guest star Peruzzi adding the perfect cherry on top.
For the accompanying ‘Roll Wiv U’ music video, El’Vee have flown to Nigeria to collaborate with burgeoning video director Tobi Ayeni and bring the dancehall energy of the track further to life in the visuals. Shot at the Man Cave in Lagos, the video captures a sexy night out and dance party at the club, with twin sisters El’Vee taking centre stage and showing off their performance prowess, infectious personalities, and owning their sexuality and divine femininity.
Speaking about their inspiration for ‘Roll Wiv U’ and how the accompanying visuals came about, El’Vee say, “the song tells the tale of a confident woman, who is comfortable in her femininity and sexuality. She isn't afraid to be acquainted with a man that catches her fancy. She is also not distracted by the uncertainties that this rollercoaster might bring. We shot the video at the Man Cave in Lagos, Nigeria, and it really embodies the dancehall vibe of the track and its feel-good nature”. 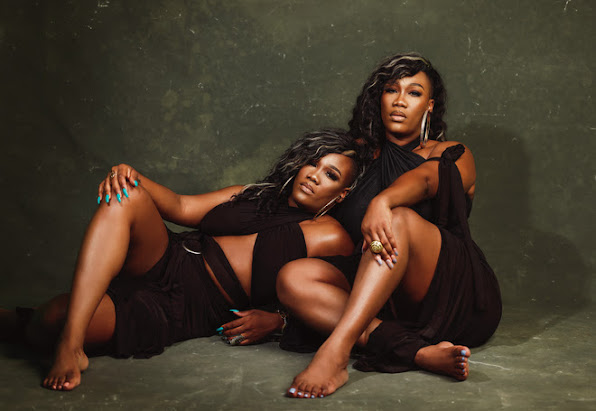