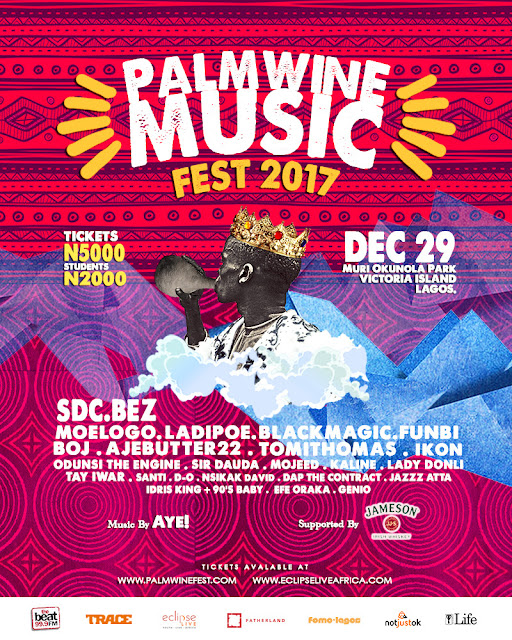 Show Dem Camp are proud to announce the first ever Palmwine Music Festival on the 29th of December 2017 at the Muri Okunola Park VI, Lagos

Following on from the release of their Palmwine Music Vol 1 EP and several live pop-up sessions earlier in the year, the festival marks a significant point in what has been a successful year.

The program of events will also include live DJ Sets, food and drinks, games, art and culture specifically curated to create a day of activities that will engage and interest fans and guests.

Palmwine Music Fest 2017 is in partnership with Fatherland, Eclipse live Africa and Fomo Lagos and is supported by Jameson, Beat FM 99.9, Guardian Life, Trace and Notjustok.com