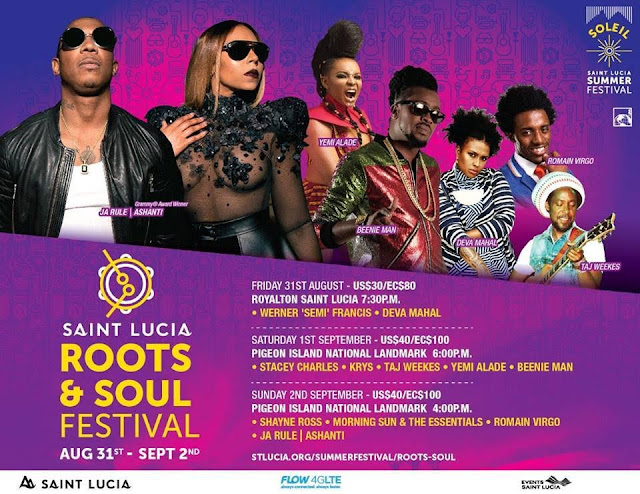 On September 1st, Yemi Alade and Beenie Man will be the biggest star for that night; certainly, the fast-rising Afrobeats star is known for her full hundred performance andfresh sounds, this time will be no different and will be backed by her “Ova Sabi” band. In addition to the festival, Event Company Of Saint Lucia Inc., organizer’s of the “Roots & Soul Festival” has invited Yemi Alade to be the host of the "Roots & Soul Outreach Program 2018" event with the suggested title, "Yemi, High on Education." This event will be staged on the morning of August 31st, 2018, St. Lucia. At this forum, she will address male and female students ages 13-18, using her story to drive the importance of a sound academic education, regardless of the career choice, hers being music. The program will involve an address by Yemi Alade, open discussions between her and the students, and a brief performance by her for the students. The event attendees include the media, as well as St. Lucians government officials, educators and other stakeholders. It’s been noted by the festival’s organizer that there will be an outpour of highly anticipated French Caribbean fans who will be attending the festival, include Nigerians who reside in St. Lucia, and of course St. Lucians, to have a showdown with the multi-lingual star, who dearly idolize her fans.

Often times she refers to them as “Johnnies” or “Yemions” who will be getting a taste of high energy entertainment, accompanied with infectious popular Afrobeats, R&B and World music songs from her wide catalogue of three studio albums which includes her debut album “Kings Of Queens” released October 2, 2014, her sophomore album “Mama Africa- Diary Of An African Woman” released March 25, 2016, French, Swahili and Portuguese eight-track Extend Play (EP) “Mama Afrique,” released June 30, 2017, an extension of her acclaimed sophomore LP, and her most recent album “Black Magic” released December 15, 2017. Her performance will be an unforgettable one, with hot new catchy melodic 2018 popular songs “How I feel,” “Elele” and “Oh My Gosh.”

Yemi Alade’s music has been on power rotation on St. Lucia’s airwaves. As the beautiful French Creole Eastern Caribbean island with an atmosphere of dramatically tapered mountains, home to volcanic beaches, reef-diving sites, luxury resorts, fishing villages and is 238 sq. miles, with majority made up about 85.3% of Black ethic group, awaits and filled with enthusiastic vibes of the Afrobeat’s star performing in their country; die-hearted fans have been sending her special welcome video messages via her social media platforms.

Being Africa’s championing diva, in 2014 the 29-years old star was being honoured by the Ministry Of Internal Affairs -Democratic Republic Of Congo as the “Ambassador Of Peace” in Congo; and in 2016, ambassador for the “Shell Make The Future” campaign with other notable superstars as Jennifer Hudson, Luan Santana, Pixie Lott, Steve Aoki & Tan Wei Wei to bring bright energy ideas and music to a community in Rio de Janeiro; and in 2016, she was ambassador for “Africa Fashion Week Nigeria.” She has helped to take Africa to the world, as she wraps her agile vocals around the continent’s rich styles and legacy. She’s a notable music brand, who’s always rebranding herself. She has reached new heights of stardom with fans across Africa and beyond. Yemi Alade’s edgy sense of fashion just stands out. She has emerged with unique and quirky styles that immediately jump at you. The fashionista or style icon has described herself as a fashion chameleon, her style is at once easy, simple and edgy. According to “She Leads Africa” online news company, “when it comes to fashion, no one else in the Nigerian entertainment industry is doing what Yemi Alade is doing, and do it effortlessly. She has taken her brand to entirely new levels by speaking to audiences in their own languages. Her brand communicates with fans across borders, something that only the most successful brands accomplish.”

She emerged in 2009, as the winner of the popular Nigerian “Peak Talent Show.” A native of Abia State. She pursued her musical ambitions while earning a BSc Degree in Geography at the University Of Lagos in 2010. The competition gave her the platform to launch her mainstream musical career. She released her debut single “Fimisile” later that year. In 2012, she signed a major record deal with her current label Effyzzie Music Group, an independent Nigerian record label spearheaded by Taiye Aliyu, who took her career to an international level with her 2013 hit single “Johnny.” 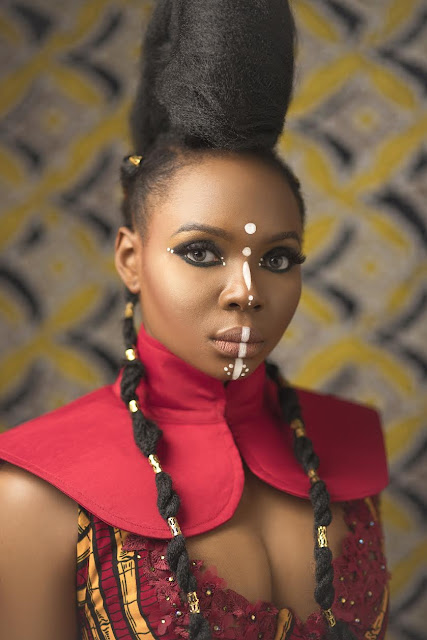 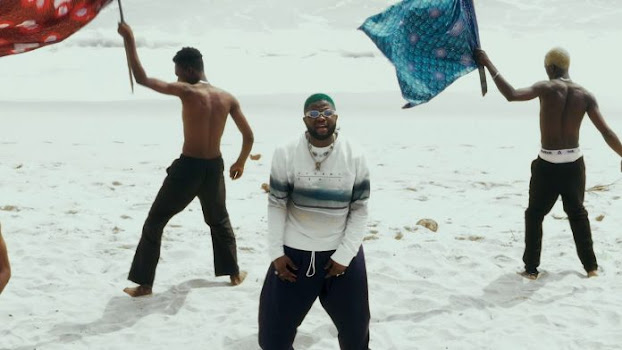