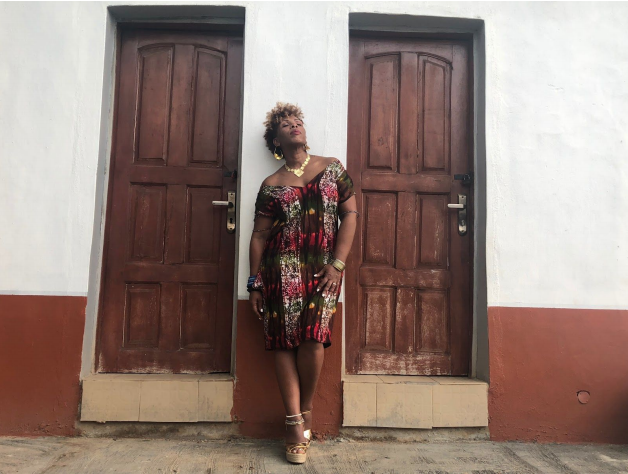 amassed accolades as one of the UK’s most respected songwriters, Michelle is making a return with her solo

album ASÉ aka LOVE and ABOVE due for release Summer 2019.

Michelle's metamorphic journey has been one of internal exploration and experience. Coached by her father in the early years, Michelle has been heavily involved in every element of songwriting, singing, directing, producing and vocal coaching and continues to do so to this day.

A member of family singing group, 'The Escoffery’s', signed to Atlantic Records USA in 1991, Michelle cut

her teeth in the studio with sister Sandra Escoffery, learning to write and arrange, which led to independent

success with chart topping UK girl band Truce. Michelle went on to become one of only 2 female stock

writers at EMI Music Publishing at the time, alongside Cathy Dennis.

Ivor Novello Award winner for her song ‘Just A Little’ 2002 PRS Most Performed work, also chosen as part of

PRS’ ‘Songs Of A Century’, a selection of the top 100 British songs from the last century. She has penned

songs for Tina Turner, All Saints, Beverley Knight, Artful Dodger and worked on vocal arrangement and

more. She has had recent hits around the world for international recording Artist Nabiha (single sat on the

performances and one of the cities most revered live shows. Michelle continues to advocate and develop

new talent through creative vehicles and platforms such as her event 'Front Room Sessions', being a UK

MusicWeek December 18th 2018 - "A guiding influence for the next generation of music creators":