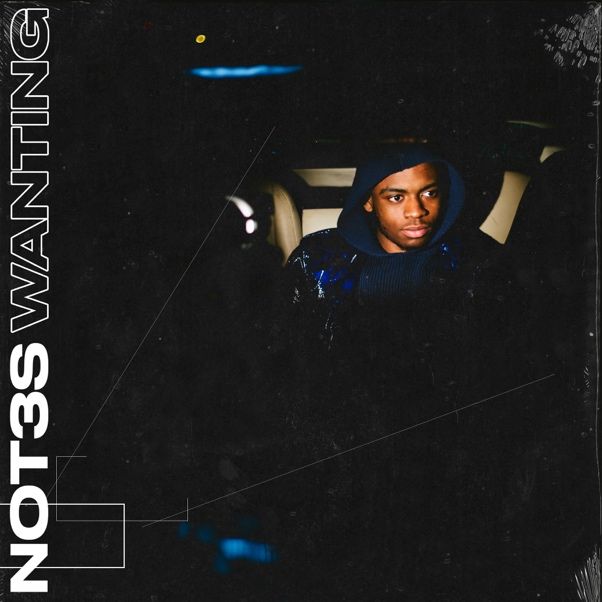 Not3s is back with new single ‘Wanting’, listen here <http://smarturl.it/Not3sWanting>. Premiering last night with Annie Mac as her World’s Hottest Record on BBC Radio 1 and simultaneously with DJ Target as his Targo Embargo on BBC 1Xtra. Not3s expresses the push and pull of a modern-day relationship on the Scribz Riley (Cardi B, Khalid, Ella Mai) produced single.

The 21-year-old singer-rapper returns with long-awaited music following an incredible 2018. Across the past twelve months, Not3s has put out his second EP Take Not3s II; participated in the launch of the Nike Nigeria World Cup kit; collaborated with COLORS on their Adidas kit and featured on a mammoth 9 singles, including the Gold selling singles Butterflies with AJ Tracey and Fine Line with Mabel (the latter peaking at #11). He makes his 2019 return with new single ‘Wanting’ with his new home Columbia Records.

On his return Not3s remarks “I have taken a bit of time out, but I’m back and really excited about my new single Wanting – shout out Scribz Riley on production. It’s a new chapter for me, and the start of a lot of new music I have coming. I want this to be one of the tracks of the Summer.”

Since bursting on to the scene 2017 with his viral single Addison Lee Not3s has been unstoppable. Meanwhile he has accumulated over 1.5 million single sales in the UK, has won both Best Breakthrough Artist (2017) and Artist of The Year (2018) at the GRM Daily Rated Awards and has been nominated for the BBC Sound of 2018, two MOBO awards, MTV’s Brand New for 2018 and BET’s Best International Artist award.

Developing a love for music in his early childhood listening to the likes of DMX and Usher, it was not long before Not3s began experimenting and expressing himself through the medium. Armed with his lyrical ability and the sounds of his childhood – from Afrobeats, to Dancehall, to US R&B and Rap and UK rap - Not3s melded together his own melodic sound, that has been heard sound-tracking the past two years. Now stepping into a new stage in his career, Not3s is ready to affirm his position as the one to watch.