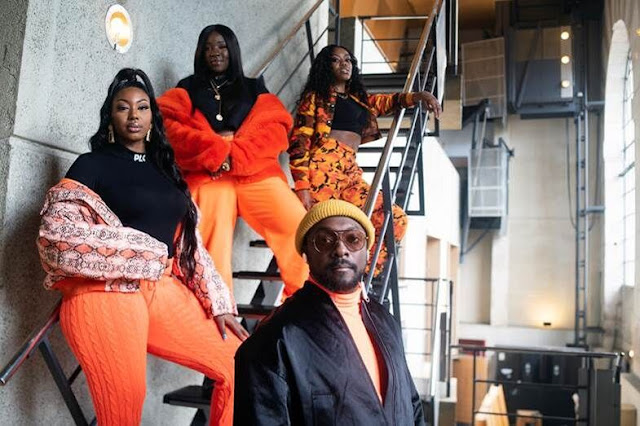 Lady Leshurr, Lioness and Ms. Banks team up with Black Eyed Peas frontman will.i.am for the fiery, empowering anthem ‘Pretty Little Thing’ that is set to be a soundtrack for young queens throughout the world.

Dripping with confidence, sauce and female pride, ‘Pretty Little Thing’ captures everything that it is to be an independent lady in 2019, from self-love, integrity and fashion to a fiesty go-getter attitude, and the track couldn’t be presented by three more fitting women.

With strong, bold imagery that is set off by bountiful, deep orange highligts to open the video, the whistling melody and catchy, self-vocalled hook, sit upon a deep rumbling bassline making for the snappiest of joints courtesy of will.i.am and producer DJ Ammo. Colours stand as a strong message throughout the video, representing both the individuality of each emcee, and women worldwide, and their solidarity as a group, as hues of orange and pink dominate the storyline, whilst powerful lyricism and performances deliver an empowered and genuine message.

First to step up to the mic is Lioness who wastes no time in claiming the number as an unapologetic UK offering and delivers her articulate, lyrical verse with sheer tenacity and a knock out performance to camera. Sliding in to grab the mic for verse two is ‘Snack’ barrer Ms Banks who spits her mantra to always remain unashamedly unique, followed by the Birmingham rap queen Lady Lehurr who brings her impeccable lyrical skill, genuine attitude and raw honesty to wrap up proceedings.

Framed with edits and snapshots that make the video feel like it’s straight from a fashion contact sheet, ‘Pretty Little Thing’ is the perfect collaboration of music and fashion brought together by the PrettyLittleThing fashion retailer themselves. Talking of the project, founder and CEO Umar Kamani said: “The UK is our home base, so to be working with such talented music artists from the UK is a matter of great pride… Music & fashion have always defined culture, so it’s the perfect blend towards becoming one of the most culturally engaged brands in the world.”