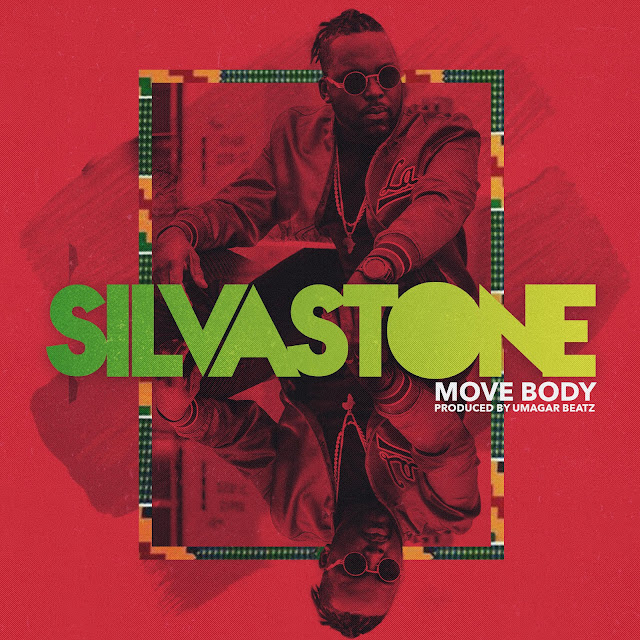 Ghana-based producer Umagar Beats provides the banging soundscape for this stunning visual montage
that was recently filmed in Las Vegas and Texas whilst SILVASTONE was touring the USA.

To accompany its release SILVASTONE has also launched the
#MoveBodyRemixChallenge
inviting producers and beatmakers worldwide to remix and post up this single.
The acapella here can be downloaded at
https://www.sendspace.com/file/ermjpn
More details about the remix challenge including prizes offered are updated of the video info box.

- is out now on all digital platforms -

This release follows on from the "SUSANNAH (REMIX)" which is still doing the rounds.
Watch the recently released Kwesi Arthur and Bisa Kdei featured music video here.

MOVE BODY is taken off SILVASTONE's third EP entitled, AFFIRMATION.
This body of work is seductively packed to the brim with assorted Afro flavours expertly conjured up from his trademark recipe of
African Beats seasoned in UK Sounds and Influences then lovingly simmered with Global Melodies.
After an inventive series of double releases that has seen the talented artist/producer/songwriter already serve up 5 singles off this project.
All of the 7 tracks off the EP have already been regularly featured on curated playlists by
Spotify, AppleMusic, Deezer, Tidal, etc
as well as enjoyed heavy support on supported on key radio stations across the UK and worldwide.

SILVASTONE affirmatively delivers a well-rounded body of work masterfully produced for a variety of moods and
formally cements his position in the diaspora as one of Africa's most formidable music creators.
The project also features an array of other formidable collaborators, namely
Sarkodie (Ghana), Ayo Beats (UK/Nigeria) and Steph Kapela (Kenya).

SILVASTONE #AffirmationEP is available to download and stream on all digital platforms here
at May 21, 2019