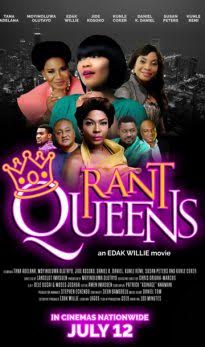 Actors, Jide Kosoko, Tana Adelana, Daniel K. Daniel and others are among notable names that star in the highly anticipated movie, Rant Queen which is about to hit the cinemas across Nigeria come July 11.

Produced by Moyin Olutayo with Edak Williams as the executive producer, Rant Queens is a movie that tells the story of a meddling mother who clashes with her controversial blogger daughter in a series of rants. While trying to get her married, she ends up becoming a competition to her.

Slated to be in the cinemas from July 12, 2019, Rant Queen is catching in on the advent and spread of the usage of social media to advance different causes.

As part of the line up events for the premiere, the private screening of the movie is set to take place at Terra Kulture on the 11th of July 2019 by 4pm and that is coming after the press screening which held on Thursday, July 4th at Genesis Cinemas, Maryland.

The movie stars popular actors and actresses such as TanaAdelana, Daniel K Daniel, JideKosoko, Moyin Olutayo and Edak Willie. The movie was produced by the veteran actress, film producer and media consultant Moyin Olutayo who is known for her passion and perseverance. Edak Willie is the executive producer.

Speaking on the movie, the executive producer Edak Willie said “It feels so good to have produced this movie. It has always been a dream to do something exceptional. Having to do this and see it come to materialisation is a great thing. We saw the contemporary issues going around and how social media is the rave of our time. We have seen how it is affecting people both positively and negatively and Rant Queens leverages on how you can use your voice positively to make an impact.”

Producer Moyinoluwa Olutayo also expressed how honoured she feels to have produced the movie, Rant Queens. She said “It’s a great opportunity to have produced this movie. The social has the power to either make or mar you and we saw that this is a global issue that needs to be addressed. How you use the social media especially in the entertainment industry matters, so we decided to make this movie. Social media gives you a voice. The question now is, the voice that it gives to you, how do you use it? 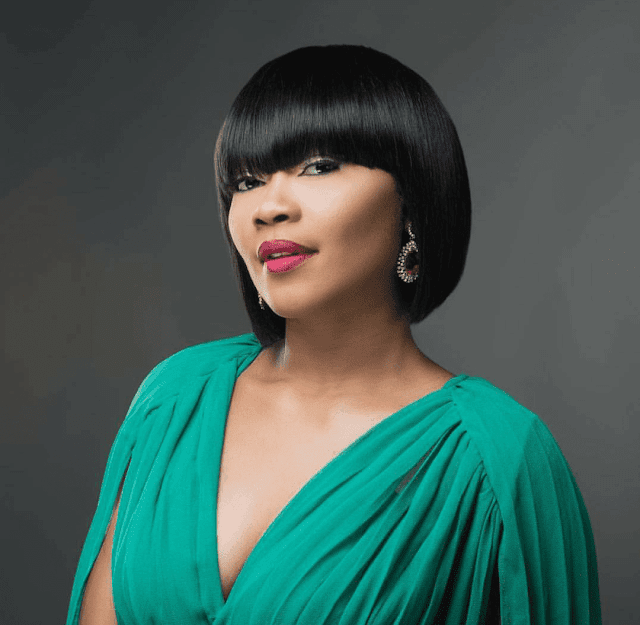