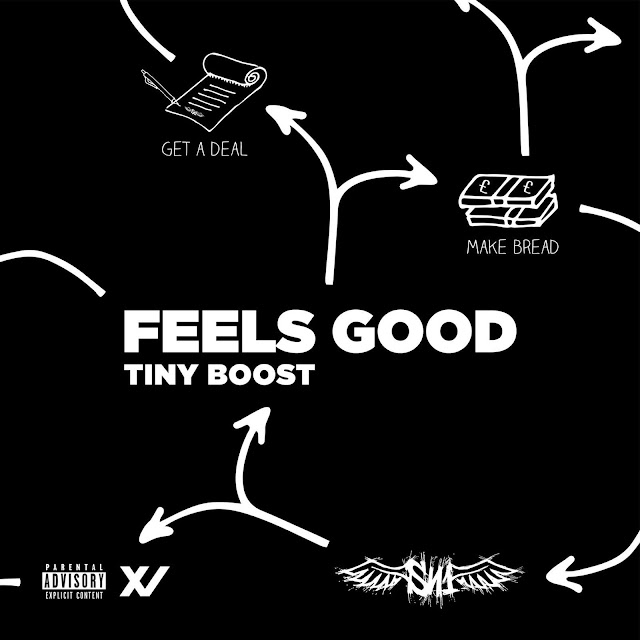 Tiny Boost returns to claim his title as the face of road rap with his heavyweight track ‘Feels Good,’ the first taste from his forthcoming project

Known for his hard bars, direct and straight up delivery and ability to narrate us through his real-life experience and situations, the SN1 rapper comes through with a dark, looming beat coupled with gritty lyrics. ‘Feels Good’ displays the exceptional level of rap and his lyrical mastery Boost has turned into a fine art form

Since marking his return with debut solo mixtape release last Summer ‘Strictly For The Streets’ with features Giggs, K-Trap and Suspect, Tiny Boost has prepared and arsenal of new music that is set to make waves in the streets, radios, and clubs with his uncompromising sound

Tiny Boost started out in PYG before Giggs took him under his wing, seeing the talent that he had to offer, taking him to film with tastemaker Westwood whilst he was still at school before there was even such a thing as crib sessions. He featured on Giggs’ 07 mixtape ‘Welcome To Boomzville,’ the legendary ‘Walk In Da Park’ and later on the pairs collaborative mixtape ‘Who Said Dat.’ In 09

“It feels good to go through what iv been through and still be here to tell the story....

It feels good not to fold under pressure..

It feels good to still be able to represent for my people....”