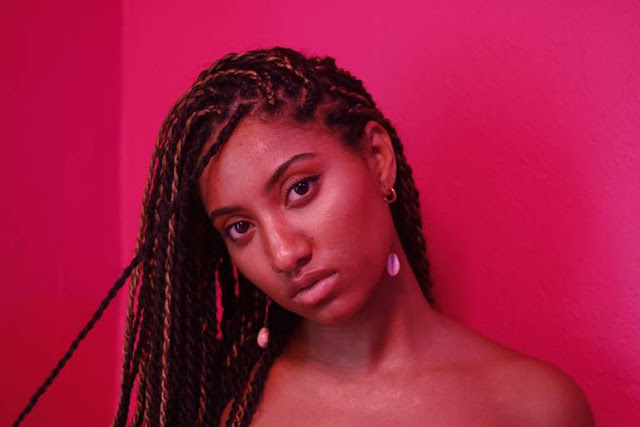 Described as ‘our generation’s first poetry influencer’, Sophia Thakur has become one of the UK’s most recognisable young performance poets. After releasing her first book of poems entitled ‘Somebody Give This Heart A Pen’, published by Walker Books on 3rd October (National Poetry Day), Sophia now turns her attention to her first full music release - the single ‘Kumasi’ which is due out on 18th October. To celebrate the launch of the book and new single, Sophia will be taking over the Jazz Café in Camden with some VERY special guests and DJs on the 7th November (info/tickets here) - this follows a sold out headline show at the Omeara London earlier this year.

With storytelling at the heart of her work, Kumasi tells a tale of falling in love too hard and too fast, speaking openly about how relentless passion can be and how non-verbal communication can often sink its teeth into us much quicker than words can. Taking inspiration from a recent trip to Ghana, where Sophia worked with musicians and schools across Accra, the feel of the people and music connected so deeply with Sophia that when she returned to London she knew she had to reflect some of that energy and new found inspiration within her music.

“KUMASI is a product of growing up inside the world of both Afrobeats and Poetry - This year more than ever, I’ve seen Africa channel through music in a huge way. Suddenly, the world wants to dance again. I needed to find where poetry could marry into this space that I was born into.”

Kumasi is the first of a series of tracks showcasing Sophia’s transition from poet to a music-led spoken word artist, combining words with music and social responsibility to push the traditional boundaries of poetry. Although it’s her first foray into the music scene as a solo artist, Sophia has a history of musical collaborations and live performances; working previously with Jacob Banks, JAJA SOZE, Intalekt, NAO and the London Symphony Orchestra - performing at venues such as Glastonbury, Lovebox, Roundhouse and Tate Britain along the way.

With 15K subscribers on YouTube, she has two TED Talks under her belt and has also collaborated on projects with MTV, NIKE, BBC Arts, BBC 1Xtra, Ellesse and Red Bull. Outside of her art, Sophia is a growing voice on a range of social issues relating to politics, young people, wellbeing, race, gender and equality. She is a youth ambassador for the betterment of young black girls, and has worked with many charities including Cancer Research UK.

‘Somebody Give This Heart A Pen’ explores issues of identity, difference, perseverance, relationships, fear, loss and joy, the poems draw on the author's experience as a young woman trying to make sense of a lonely and complicated world. *Best News Books in Stylist Magazine* *Book Of The Month Waterstones*

Sophia recently joined the BBC Sounds podcast ‘Music Life’ in which she spoke with fellow guests Novelist, Hussian Manawer and Benjamin Zephaniah about the creative process, politics in music and much more. She’s also spoken to Sky News and Stylist Mag about her new book which she unveiled at Waterstones Angel.