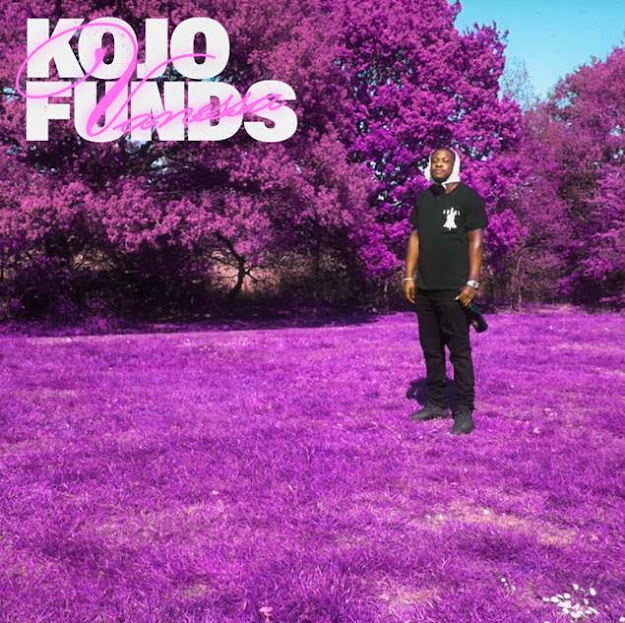 Kojo Funds, the original king of Afro Swing returns with a huge comeback single, Vanessa released via GRM Daily. It’s the long-awaited return fans have been waiting for, and it won’t stop there as he’s due to release more music this year.
The single pays homage to a pretty girl called Vanessa, who he is trying to woo. The romantic- lead single, brings a hot, summer-time vibe with a catchy hook and Kojo’s undeniably, unique delivery and sound. Vanessa is tinged with Kojo’s melodious flow and a UK Afrobeat sound that he is most famous for.
The video captures the essence of the track, with Kojo Funds in a beautiful purple field with the same coloured trees as he walks around with a bottle of Belaire, moving also to shots of him with the girl in question trying to get to know her.
After arriving onto the scene in 2016 with Dun Talking, a track that catapulted him into the forefront and was met with an all-star remix afterwards featuring Fredo, Yxng Bane, Frisco and JME, he went onto release a slew of tracks such as Warning, Check featuring Raye, Who Am I ft. Bugzy Malone and many more. He’s also featured on a host of tracks such as Yxng Bane’s Fine Wine which was certified silver by the BPI, and on Mabel’s Finders Keepers which reached number 8 in the UK Official Charts Company Singles chart.
He has racked up over 10 million streams and 10 million YouTube views globally.
After a hiatus from the music scene, Kojo Funds is set to return with some of his best music to come.
Download/stream
https://kojofunds.lnk.to/Vanessa
at June 15, 2020