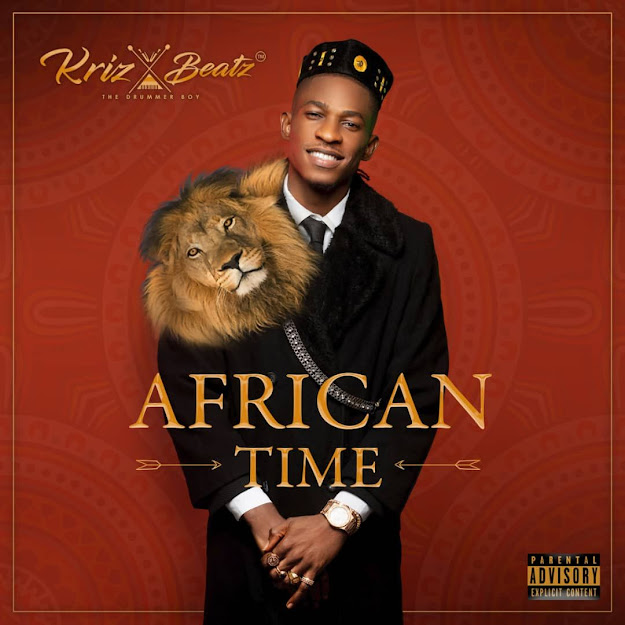 Lagos, LAG – Today, uber-talented producer Krizbeatz has released his anticipated sophomore album “African Time”. The project premiered across digital platforms and is now available for streaming and purchase.
African Time is Krizbeatz’s most constructive application of his passionately treasured sonic creation which opened up the door of mainstream success to him, as it not only finds topical use for the widely travelled sound but also highlights slices of everyday life as an atom of musical inspiration. The 13-track LP is a timeline of his pro-African perspective as it reels from black heritage to hedonistic desires.
Krizbeatz picked his collaborators from the older eras and today’s trendsetters, featuring names such as Faze, Obesere, Teni, Falz, Tekno, Mr. Eazi, Diamond Platnumz while creating an opening for his protégé Ceeboi to be heard.
Ahead of today’s album release, Kriz released the audio and video for the lead single – “ABI” (ft. Diamond Platnumz and Ceeboi). Since its release, the ABI video has been raking in streaming numbers across digital outlets with fans from across the poles loving the thrilling visuals to the riddim-styled song.
He further released the album title track "AFRICAN TIME" featuring TENI and then "OGEDE" featuring FALZ, FUSE ODG and Nandy; which are currently doing numbers and exciting fans who can't wait for the project, that is finally here
Stay tuned for more announcements in the coming weeks!
1. PAMELA ft. MR EAZI and Vanessa Mdee
2. PROPER ft. TEKNO & DIAMOND PLATNUMZ
3. BABY ft. Phyno, Timaya & Ceeboi
album fanlink:
https://krizbeatz.ffm.to/africantime
at July 19, 2020