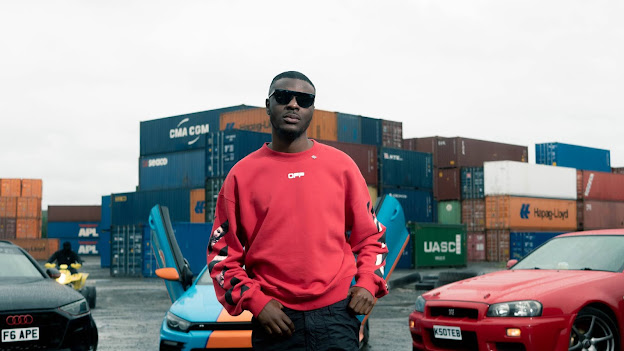 AYO BRITAIN is all about his P’s & Q’s with latest offering 'Money'. Switching up the tempo in this melodic mixture of quip lyrics and swift production, Money sees AYO team up with OFB’s Double Lz to deliver a masterclass in paper chasing. Together the pair have cooked up a tasteful take on “flexing” while displaying their uniquely distinctive flows over the irresistible earworm of a beat.
Produced by LiTek, the powerhouse behind several hits [including Mastermind x Bandokay’s War and Tunde’s Cash Bandicoot], 'Money' opens with AYO’s raw vocals on the verse and chorus before tapping in Double Lz who’s smooth bars spill through the track for a seamless finish. Following his springtime feel-good anthem Only Wanna Flex, AYO BRITAIN’s 'Money' is a sure-fire hit, set to blare from stereo’s all over the UK and if we’re lucky the dancefloors too!
With a string of hard-hitting bangers including Stolen, When They See Us and Whyjay’s garage influenced Bonnie & Clyde under his belt, AYO’s earlier releases exhibit his effortless ability to deliver hit after hit, while encapsulating his artistic individuality. His debut EP Win The Race saw the British-Nigerian rapper amass an impressive fanbase, who eagerly anticipate his music at every chance. Carefully positioning himself for stardom, AYO’s impressive list of collaborators which is only due to expand, already includes the likes of Mastermind, J Styles, and now one of the North London’s hottest exports Double Lz. AYO BRITAIN is an indomitable force with an unwavering ability to jump from strength to strength. He’s not only here to stay but here to make waves like none we’ve ever seen before. Don’t believe me, watch this space, you won’t be disappointed.
at July 24, 2020