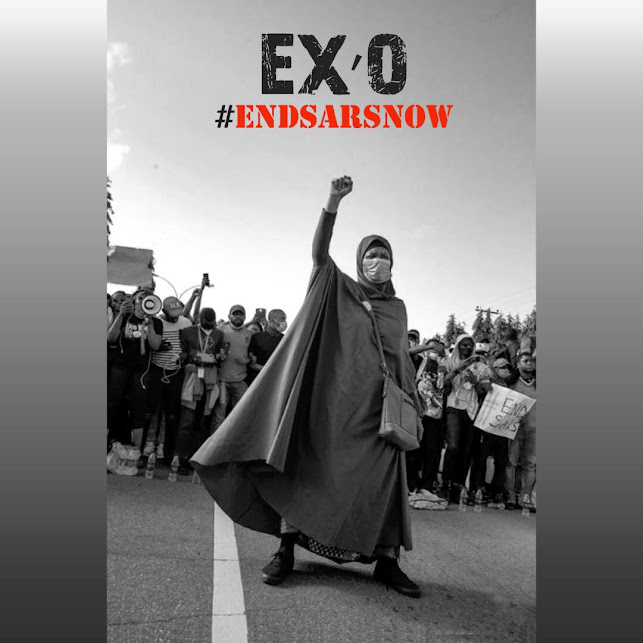 Renowned Hip Hop artist, producer, and singer and @ CASH-IN Records CEO Ex - O Magege goes socio-political on this go-round. Focusing on the dilapidated policing structure which has slowly crept into the everyday life of the average Nigerian experiencing judicial killings, extortion, and harassment to say the least from the same people meant to protect them..."THE POLICE".
The uproar has taken a global trend following the #BLACKLIVESMATTER movement in the United States which still is a voice against racial profiling and killings of "BLACKS" in the USA.
Same as above the #ENDSARS Campaign has made notable international public figures such as Queens, New York Rapper Nas, Trey Songs, Drake, and Twitter CEO Jack Dorsey supporting the #ENDSARS Campaign.
Back home the likes of Wizkid leading the forth in the United Kingdom, Davido in Abuja, Falz The Bahd Guy in Lagos, Phyno & Flavor In Enugu, and many others have given the occupation of major roads, around various states in Nigeria the moral boosts it needs. And so also Ex- O Magege who lends his voice to the #ENDSARS struggle with this introspective piece titled "#ENDSARS Now".
In his own words he says..." as you all know, The Special Anti-Robbery Squad (SARS) has long been involved in harassment, unlawful arrests, torture, and even murder of citizens. Thousands of people have since marched across the country to demand a dissolve of that unit. While #EndSARS trended online in and out of Nigeria, I decided to contribute by airing my voice to support in solidarity and to generate awareness about this Historic event. Pls share,
We are all in this together".