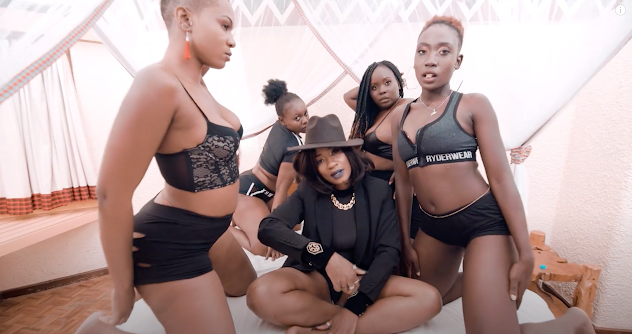 Tallie is the name on every Gengetone fan’s lips after she dropped two hot Gengetone tracks in the past couple of months. Only a week after her “Get It” drop, she’s back again with “Hit Song”.
It’s quite evident that she has been on the grind, releasing not just new music, but bangers. The path to the Gengetone Throne is paved, and the crown has Tallie’s name on it.
Gengetone is known for its raunchy lyrics and visuals, but Tallie has added the Midas touch to her work. Her lyrics are polished, her videos are classy and most of all, the music is great!
Will Tallie redefine the Kenyan Gengetone scene as we know it?
“Two drops in a month and I haven’t even started to roll out my master plan," says Tallie as she jots down a few bars, “I have so much music in the vault, Taurus Musik has been keeping me in the studio even through what we’re facing in the world right now”-  Tallie has “Hit Song” as her fourth release at Taurus Musik. She is preparing to take her seat at the throne, it’s only a matter of time before she is crowned the Queen of Gengetone.
at November 23, 2020