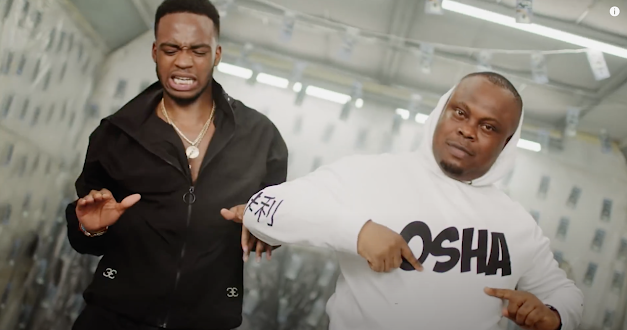 Building on the success of his evocative debut single, ‘Gbemiro’ featuring Atlanta based recording artist Wurld released in 2020; the Grammy-nominated songwriter, business mover and shaker and manager returns with his second official single, ‘Foreign’ featuring British-Nigerian Afro Swing artiste Not3s.
‘Foreign’ is a catchy record with a luxurious vibe built around trendy pop slangs and an infectious bounce uniquely delivered to bring bright colours to playlists and dancefloors on the mend following a global pandemic in the new year.
For Bankulli, ‘‘After the year that was 2020, the world needs a fresh start, a silver lining, the type that is a staple of Not3s polished style and having a summer banger this early is never a bad thing.’’
The song is produced by DJ Coublon, Nigerian record producer and sound engineer, best known for producing hit songs with several prominent artists in the Nigerian music industry, such as Kiss Daniel, Iyanya, Yemi Alade, Tekno Miles, Patoranking, Seyi Shay, among others.
Bankulli, is one who wears many hats; in the International entertainment industry. On the streets, he is recognized as one of Afrobeats’ Custodians. In the boardroom a competent businessmen, and in the studio a talented singer songwriter and multi-instrumentalist who has helped craft many songs behind closed doors including named credits for his vocals on Jay Z and Kanye West's collaborative album, ''Watch The Throne'', The “Yeezus” album by Kanye West and more recently the Grammy Nominated ''Lion King'' album by Beyoncé, to name but a few.
at January 28, 2021