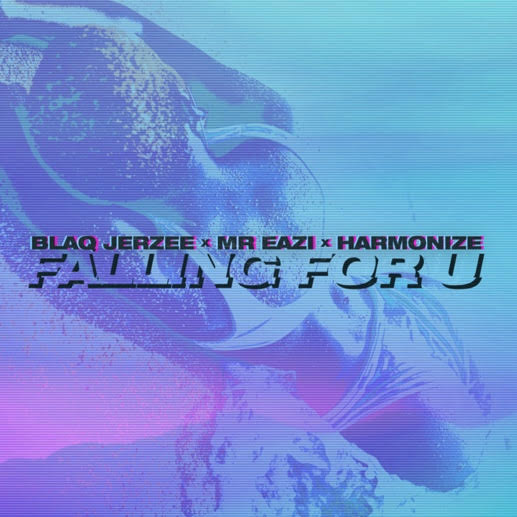 This pre-summer track with a romantic spin is the perfect way to get in the mood for the upcoming season. An African collaboration sees Blaq Jerzee and Mr Eazi the Nigerians crossing to the Continent to work with East Coast, Tanzanian giant Harmonize. Together these three are really pushing the boundaries and the future of African music to a new level.
Producer-songwriter Blaq Jerzee has been making inroads into becoming a prolific figure in the African music scene. Previously working as a top hitmaker in Nigeria, with production credits across smash songs from Wizkid and Tiwa Savage. Moving into the limelight for the first time after formerly lifting others to glory. His potential as an artist is limitless with all the talent he has shown so far, and this upcoming track proves this.
Mr Eazi the singer-songwriter has brought his skills forward and displayed them on this track. Pioneering Banku music, the fusion of Nigerian and Ghanaian musical patterns. This sound has taken him worldwide becoming very successful in the UK and a list of collaborations like no other. Harmonize is the King of the East coast, having achieved over half a billion views across his YouTube channel, is now on course to take his native genre of Bongo Flava to a global scale.
With the personnel involved, it is no surprise that the track offers the sweetest of melodies throughout. Blaq Jerzee is on the chorus with a distinct but gentle feel, the type of chorus that you do not forget easily. We are then taken into Blaq’s verse where his voice transforms to its richer and deeper side, his singing dances across the beat with great rhythm. The passionate and mesmerising verse from Mr Eazi is a true signature of him as an artist. This is followed by Harmonize’s harmonically rich verse, the third and final verse of the trio
The visuals for the song, illustrate perfectly the vibe set out in the music, including a broad portfolio of picturesque locations which all reflect a tropical and coastal vibe. Evidence of the tracks danceability is clear with various choreographed pieces throughout the song. An exceptional music video for a delightful song.
What better way to announce Blaq Jerzee’s move to artistry than a finely calibrated, feel good track, alongside two African Giants!