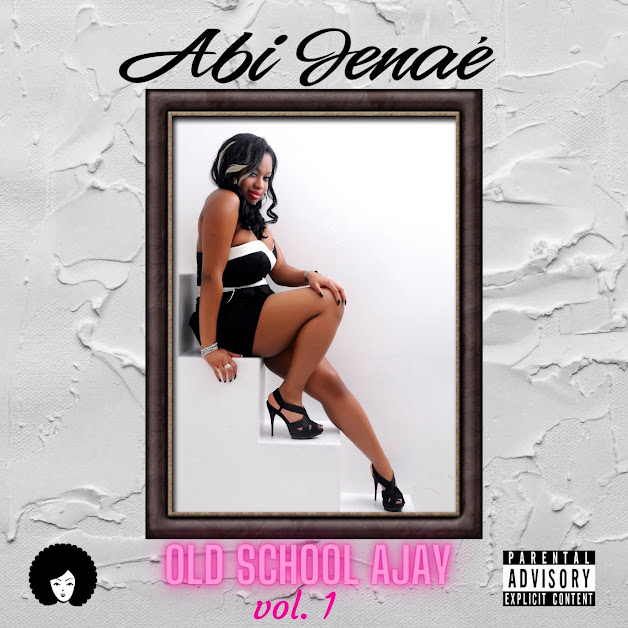 News: Upcoming Mixtape Release - April 30th, 2021
Abi Jenaé Wants To Introduce You To “Old School Ajay” & More
March 29th, 2021 (Los Angeles, CA) - South London artist Abi Jenaé may catch you at first with her striking beauty, but when she spits lyrics, you know she is not someone to mess with. Having been making music for over 18 years, Abi knows that she can perform with the best, and has been inspiring the new crop of artists over the years. With her very erotic, cocky, and confident sound, she gives you her all with no censorship. Whether it’s Hip Hop, Grime, Afrobeats, or R&B, Abi has your musical tastes covered, and you’ll instantly become a fan upon first listen. With a rapidly growing fanbase, she wants to take it back a little with her upcoming “Old School Ajay” mixtape, which is a two-volume release. Pre-save here.
On “Old School Ajay”, Abi Jenaé wants to give old and new fans a collection of her previous works. Having released many tracks between 2006-2012, she has decided to put them all together in a package that gives new listeners plenty of music to enjoy, and takes her older fans to a trip down memory lane, reminding them of her progress. Keeping with the new music formats, she will be making “Old School Ajay” streaming ready, and has plans to provide additional content in support of the project.
Described as one of her proudest bodies of work, Abi looks forward to sharing it with the world. In addition to “Old School Ajay”, Abi Jenaé looks to release new singles which include “Break It Down”, “To My Girls”, and “You Already Know”, which were produced by Dokta Frabz, Nana Rogues and Prime Soundz, respectively. Aside from plans of hitting it big with “Old School Ajay”, she is also putting the finishing touches on an EP which is slated for a summer 2021 release.
Born in the UK to Nigerian parents, Abi Jenaé has been an avid music lover from as long as she can remember. With a deep love for old school Hip Hop, she cites Slick Rick, Nas, Jay-Z, The Notorious B.I.G, and 2Pac as some of her influences. Her role as a rapper began from her days in school during lunch hours, and she has grown to become one of the leading voices with collaborations with various artists from the UK, to New York, to Lagos.
She has often been compared to the likes of Skepta, Nicki Minaj, Jay-Z, and Ms. Banks, and has shown off her diverse skillset at the 2008 Glastonbury Festival, Underage Festival, Jazz Cafe, Hackney Empire, Cargos, and many other events over the years. She made waves with previous singles such as, “Crazy Love”, “Empire” and “2020”, and looks to put out even more quality music, represent for the culture, and stay true to herself.
Abi Jenaé looks to make the month of April an eventful one with the release of “Break It Down” on the 9th, “To My Girls” on the 16th, “You Already Know” on the 23rd, and closing off the month with volume 1 of the “Old School Ajay” project on the 30th. They will be available on all digital music streaming platforms.
To stay up to date with Abi Jenaé, follow her on Instagram, Twitter, and Facebook at @AbiJenae
at March 30, 2021