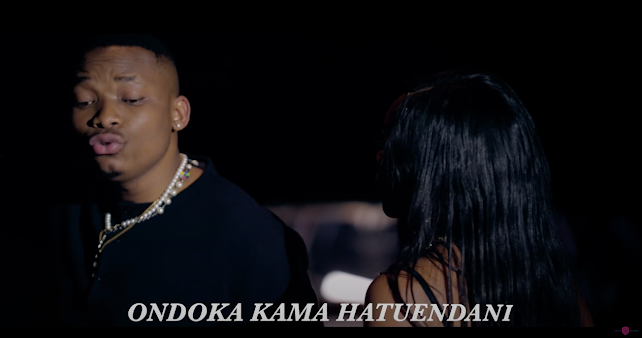 DJ Ike of Denshaq Productions has released a new jam dubbed ‘Liwe’ featuring celebrated Kenyan artist Otile Brown.
‘Liwe’ is a groovy heartbreak song in which Otile sings about giving up on love due to his girlfriend’s nagging nature. Otile’s intonation in the song moves from educational to exasperation as he tries to educate his lady on the right way to love.
In the end, he is completely done and even gauges her to choose between staying and leaving because he is ready for whatever might happen.
The video which was shot and directed by Deska Torres features a talented young lady arguing with Otile inside a car, showcasing Otile’s excellent acting skills.
The song which was produced by AbjosBeatz with Vicky Pondis mixing and mastering has been received well and is already trending on YouTube at number 20 with over 160,000 views.
at August 12, 2021