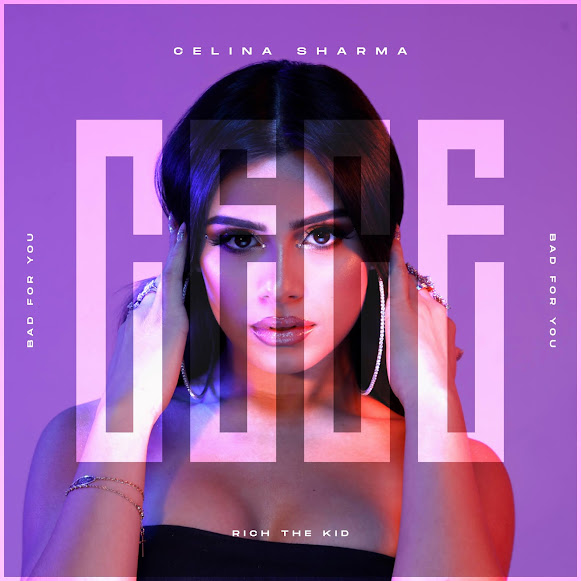 UK rising star CELINA SHARMA shares her latest pop-facing R&B single ‘Bad For You’ featuring. Rich The Kid via Mugal Records. ‘Bad For You’ buoys between devotion and uncertainty, sitting at a flawless intersection of 90’s nostalgia and free-spirited R'n'B/Pop. Out Now on Mugal Records. More about CELINA SHARMA enclosed. Enjoy playing it in ya sets.
Over the last eighteen months, CELINA has achieved huge milestones that continue to affirm her position as an electrifying, rising pop star. Audiences were first introduced to CELINA with early singles ‘CHALO’ and ‘Lean On‘, featuring respected Indian rapper Emiway Bantai, which has accumulated over 30 million streams globally and achieve double-platinum status with support from the BBC’s Asian Network, 1Xtra, and Radio 1. Since her crowning as the BBC’s Future Sound winner back in 2019, Celina has gone on to make her television performance debut across MTV and Nickelodeon, as well as touring with Jonas Blue and CNCO whilst preparing for performances at the fast-approaching Wireless, Reading and Parklife festivals this year.
With her eyes firmly set on the future, CELINA steadies for the release of her CECE EP and upcoming feature on the Marvel Studio’s hotly anticipated Eternals soundtrack, hitting cinemas and streaming services worldwide on 5 November. Across film, television, live and music, Celina SHARMA’s talent has already transcended international terrains.
at October 03, 2021