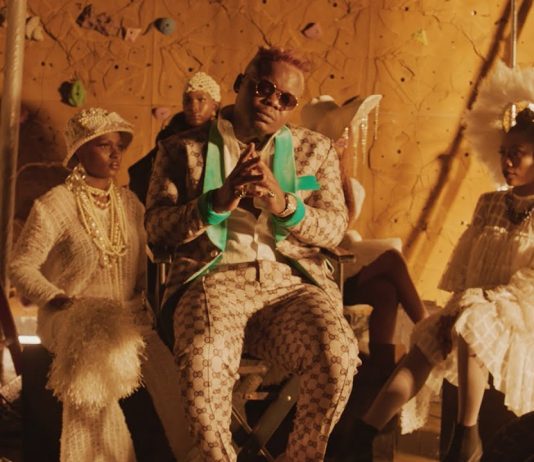 Tanzanian singer, Harmonize shares the official music video for his track titled “Outside.”
“Outside” is the second track off his album titled “High School.”
The video was shot on locations in Lagos and was directed by Nigerian videographer, TG Omori.
After his fans named him the teacher of East African music “Teacher Konde”, Harmonize is presented as a Teacher on his second album, High School. The album songs is his school subjects where he sings about life experiences including love, forgiveness, inspiration etc. While he keeps his unique emotional East-African melodies, he continues to include more and more of the English language in his songs, as well as featuring artists like Naira Marley, Sarkodie, Busiswaah, Ibraah, Anjella & Sholo Mwamba.
at November 13, 2021