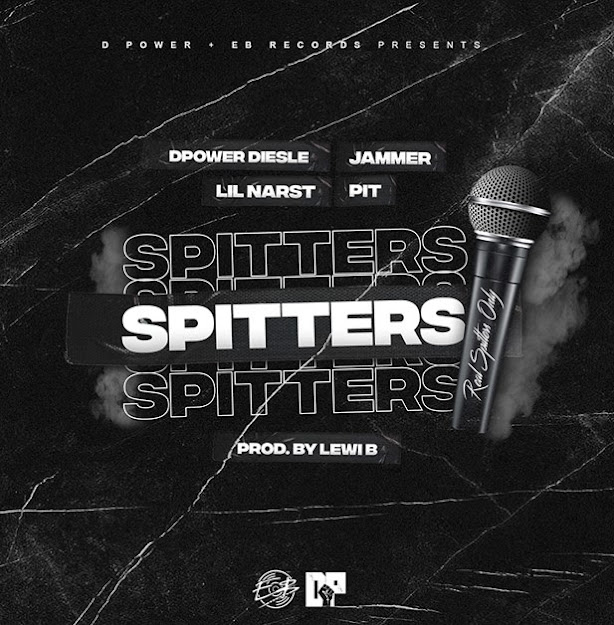 D Power Diesle is single-handedly sparking a resurgence in grime. The pioneer has skilfully masterminded yet another legendary line up featuring top calibre MCs such as Jammer, Lil Narst, and Pit.
STREAM/DOWNLOAD: D POWER DIESLE – 'SPITTERS' FT JAMMER, LIL NARST & PIT
After the success of ‘The March’, Diesle’s first release of the year, the talented MC shows no signs of slowing down. Continuing to give us a taste of his upcoming project ‘Graphene 2’, we see that this project is even more ferocious than the first edition!
Diesle is taking hold of the recent momentum that he’s been building and is quickly capitalising. ‘Spitters’ is evidence of this, the beat selection is nostalgic of the early days of grime and the delivery perfectly matches this sentiment. Kicking off this club banging anthem with, “Came up with the greatest spitters”, Diesle reminds everyone that he has been integral to the development of grime. Displaying his technical abilities and punchy wordplay as he comfortably glides over the instrumental, this energy is mirrored by the capable featuring artists; each MC showcases their own style while sustaining the underlying standard that Diesle set.
D Power Diesle has rich grime heritage that goes back to the origins of the genre. From his pioneering days at Rinse FM and Déjà vu, his inclusion on Lord of the Mics 3 clashing Wariko through to touring with Skepta, Wiley, Jammer and Modestep, D Power Diesle has earned the stripes to make him a grime scene veteran. He also has a passion for helping new and upcoming talent, and in turn created his very own label named ‘EB Records’. Speaking on the initiative he stated, “It’s important for vets to guide and show love to the youth, to keep them committed, it motivates them to know that people who have been there before can do it” - after partnering with Deezer and Relentless the label continues to grow from strength to strength!
With his highly anticipated ‘Graphene 2’ EP dropping on the 28th; a project that journey’s every listener back to grime at its very core, Diesle continues to bless his fans with an onslaught of musical releases. Housing a variety of textured beats alongside a selection of boast-worthy features including D Double E, Big Narstie, Frisco, Jammer, Footsie, President T, and more, the London native shell’s every track with his reputable punchlines, no-nonsense attitude, and hard bars.
at January 21, 2022