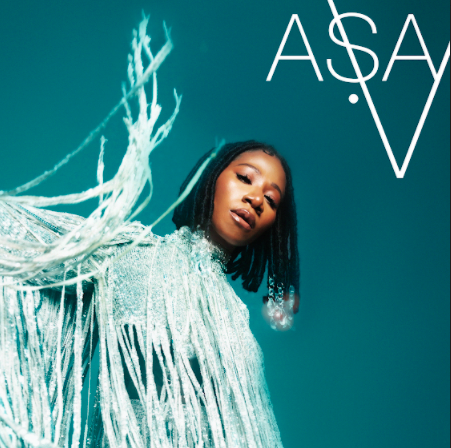 PRE-ORDER ‘V’ HERE
GET INFO FOR ASA’S ROYAL ALBERT HALL SHOW HERE
Hot on the heels of the release of her brand new single ‘Ocean’ and its breath-taking visuals, the internationally celebrated, multi-platinum Nigerian music star Asa, has unveiled the track-list and cover art for her highly-anticipated new album ‘V’ (out on Friday via Platoon).
Taking cues from Pop, Afrobeat, R&B, Soul and electronic influences and mixing them with breathy, soulful vocals to create dreamy, ethereal soundscapes, ‘V’ is set to feature brand new collaborations with the Grammy Award winning global superstar Wizkid, Ghanaian Afro-fusion sensation Amaarae and the popular Nigerian Highlife sibling duo The Cavemen. The 10-track project also includes the mesmerising singles ‘Mayana’ and ‘Ocean’.
The new album was born out of a last-minute decision to return to her home in Nigeria, when the European leg of her tour had been paused due to the pandemic, where she started working on new music with ‘a certain carefreeness, letting go, trusting in the process and allowing myself to be vulnerable’ and connecting with some of the brilliant artists and creatives from the country and across the continent.
Alongside the forthcoming release of her new album, Asa will be bringing her invigorating, one of a kind live performance offering to London for a headline show at the iconic Royal Albert Hall on May 3rd, followed by dates in Manchester and Birmingham and a special performance in Lagos on May 8th.