NEWS: Blaqbonez Soars High At His First Sold Out Show In Lagos. 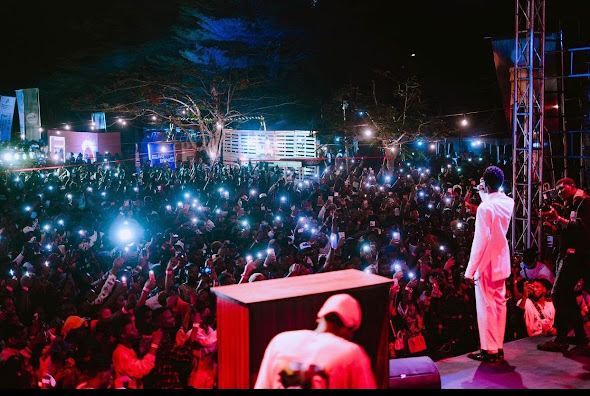 Blaqbonez delivered an outstanding performance at his crusade themed concert, “Breaking The Yoke Of Love” which left the crowd of over 4000 people in a limbo of astonishment this past Sunday at Muri Okunola Park, Victoria Island Lagos.
Some highlights of the event includes;
Comedic acts like Yhemo Lee, Brodashaggi and Woli Arole were also present. Yhemo Lee had people come on stage to give their testimonies and Woli Arole ministered to the audience..
Blaqbonez was also joined by several top Nigerian acts such as Bella Shmurda, who came on stage to share condoms for the male fans, Falz who performed deliverance on the audience and other collaborators including Buju, Ckay, Cheque, Joeboy, Mayorkun amidst others who thrilled the crowd
He joined by fellow label mate, MI Abaga who delivered a stellar performance of hits worth a decade and ended it with him embracing BlaqBonez in what seemed like a heartfelt moment during the event.
Blaqbonez premiered his forthcoming single “Commander” which is set to drop this Friday the 18th of February. You can check out the announcement video via his instagram.
If you weren’t at the event, you definitely missed out on a lot!! 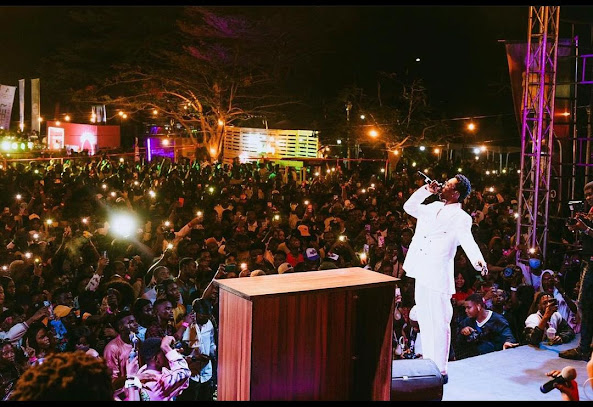