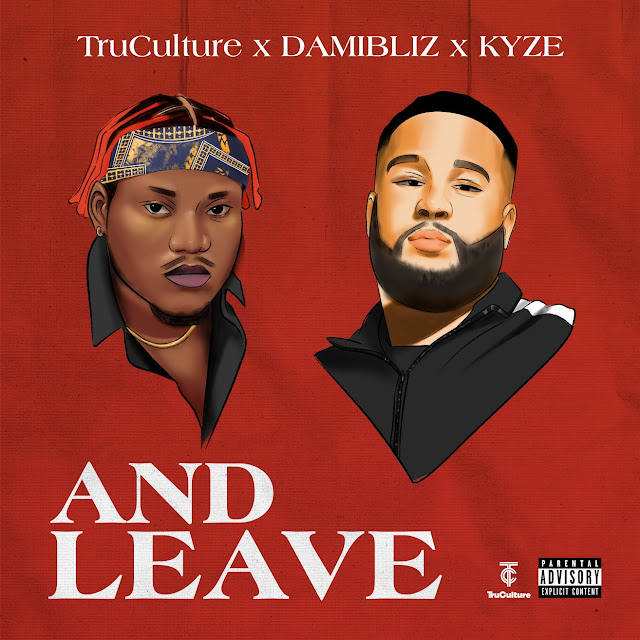 South-East London based record label TruCulture drop ‘And Leave’, a collaboration between Damibliz and Kyze, taken from the hotly anticipated mixtape ‘Da Glue’ scheduled for release later this year.
Damibliz burst onto the scene with ‘Jowabayi’ which made waves internationally from the UK to Africa and has since shared a stage with artists such as Wizkid, Davido and Burnaboy.
SN1’s Kyze is a standout UK artist and is recognised and championed for his hits with Giggs such as ‘Mack Daddy’ and ‘Punani’ along with sensational street mixtape releases such as ‘2 Words 1 Finger’.
‘And Leave’ combines the two artists’ unique qualities over a melodic instrumental which compliments Damibliz’s Nigerian roots along with a skippy drumbeat that Kyze is a natural on to create a pre-summer banger. It follows on from South-East London rapper ASBO’s first single from 'Da Glue’ mixtape with his self-titled drill track ‘Asbo’.
‘Da Glue’ was curated during lockdown, a period where their community were facing struggles mentally. The mixtape aims to showcase both young and fresh talent combining certified legends of the UK rap scene. TruCulture is headed up by music executives Jud and Fos who envision their brand at the forefront of the UK music scene by focusing on encouraging talent from disadvantaged backgrounds to create positive movements in their life and feature alongside well-established artists.
With a slew of releases to drop before the full mixtape release, TruCulture are bringing together and highlighting the talent that South London has to offer.