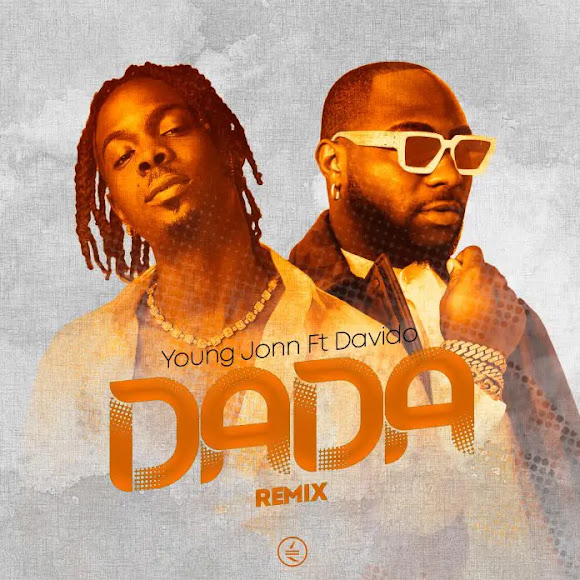 Chocolate City’s buzzing superstar Young Jonn the wicked producer, who has made a seamless transition into an artist is displaying no signs of slowing down his current trajectory and enjoying a meteoric rise in the music space.
After the successful release of “Dada” off his debut Love Is Not Enough EP and charting on Nigerian Apple music Top 10, Young Jonn capitalizes on this moment as he returns with a remix to his hit single “Dada” featuring Davido-2 time BET awards and an all time favorite in the African music industry to complement this instant fan-favourite track.
“Dada” is a street anthem filled with bouncy beats and honeyed lyrics. The remix is built around the original instrumental as Davido rearranges the ambience of the first verse with his sultry vocals. This song is another reaffirmation of Young Jonn’s solid artistry and penchant ability to deliver beautiful music for listeners.
Speaking on this Remix Young Jonn said “This remix is here to solidify the buzz that Dada has been gaining before and I’m most excited to have OBO join me on this song”.
Young Jonn welcomes synergistic efforts and is experiencing massive buzz on this single, the pairing definitely matches each other and makes “Dada” a better sonic experience than it was before. Young Jonn & Davido are a dazzling and exquisite pair on “Dada” Remix.
About YoungJonn
John Saviours Udomboso, fondly known as Young Jonn “The Wicked Producer” is an award-winning Afro-pop producer, and singer/songwriter. Born on February 16, 1995, Young Jonn spent his early childhood in Ibadan and began producing music in 2009 before moving finally to Lagos in 2012.
Dubbed the sound of the streets, “Young Jonn ” is the head honcho and musical genius behind some of the most memorable artists that own the Street-Hop or Pop genre. With over 3 awards in some of the most prestigious awards in Nigeria, Young Jonn’s sound, lyrics and beats have broken several legendary Artists on the Nigerian music scene since the mid-2000s. From “Mafo” by Naira Marley,” “Bobo”, and “Story for the Gods” by Olamide (Baddo) to the more recent “Don’t Call Me” by Lil Kesh; currently the #1 song in Nigeria.
Young Jonn signed an Artist Recording Agreement with Nigeria’s foremost record label, Chocolate City with the aim to transition from being a producer to a Recording Artist.
at April 29, 2022