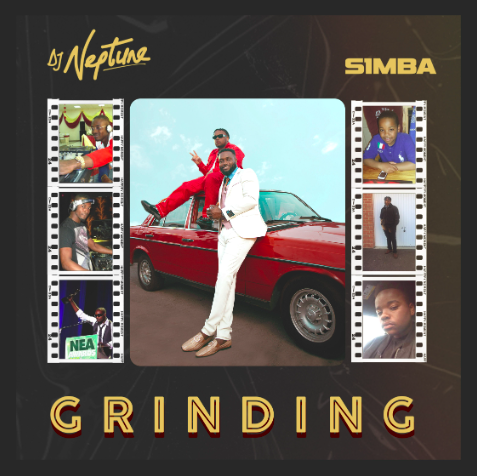 STREAM ‘GRINDING’ HERE
‘DJ Neptune’s second album is a party from start to finish … it shows that Nigerian music is in rude health.” - DJ MAG
DJ Neptune – the prolific, award-winning Nigerian producer and DJ – has released his brand new single ‘Grinding’ featuring the Zimbabwean-born, British music artist S1mba (out now on Neptune Records/emPawa Africa).
Inspired by DJ Neptune’s own journey and grind to become a modern legend in Nigeria’s vibrant international music scene and having the talent and influence to bring the continent’s top names together to create world-class projects, the Magicsticks-produced single is accompanied by a must-see, nostalgic visual which was shot in Lagos.
Speaking on the new single, DJ Neptune says:
Growing up, one of my dreams was to be an entertainer, but my folks never understood what I was doing and because of this I didn’t get the support I needed. This got me frustrated so I took a bold decision to leave my comfort zone in order to chase my dreams. Doing so and ‘Grinding’ hard to become the award winning DJ Neptune the world celebrates today was one the best decisions I ever made in life. It wasn’t an easy ride but I’m glad I made that decision and I want my story to inspire the world.”
Releasing the single ‘Walangolo’ (featuring Mr Eazi and Konshens) in the spring, last year DJ Neptune released his critically celebrated second album Greatness 2.0 which featured a heavyweight roster of African superstars including Mr Eazi, Omah Lay, Joeboy, Adekunle Gold and more. In addition to singles such as ‘Only Fan’ ft Lojay and Zlatan, ‘Gaza’ ft Patoranking and ‘Hustle’ ft Focalistic, the album also boasts ‘Nobody' featuring Mr Eazi and Joeboy, the #1 single of 2020 in Nigeria. ‘Nobody' topped Apple Music’s singles chart in eight countries, racking up over 135 million streams and becoming 2020’s third most shared song on Triller. The original track’s success led to the release of Nobody: The Extended Playlist (Worldwide Remixes), a remix album featuring collaborations with artists from around the world.
With a career spanning over a decade, in 2018 DJ Neptune released his debut album Greatness: The Album, which saw him pull from his extensive contacts and years of experience as one of Nigeria’s top club DJs and radio personalities to create a star-studded compilation with features from the likes of Burna Boy, Davido, Mr Eazi, Kizz Daniel and Olamide.
at August 27, 2022