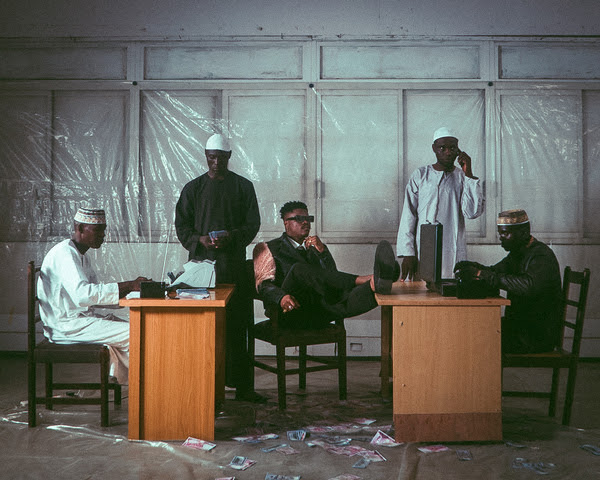 On the back of his recently released massive summer jam ‘Iz Going’, which has garnered over two million plays online, and was championed by the likes of Spotify, Apple Music, Notion, Earmilk, and Stupid Dope, award-winning Nigerian afropop rising star BAD BOY TIMZ is back with another banger! Titled ‘BIG MONEY’, the new single also comes with Bad Boy Timz announcing the upcoming release of his long awaited and highly anticipated sophomore EP No Bad Boy, No Party that will be arriving at the end of October via Shock Absorbers Music and EMPIRE.
Revered as a versatile artist that makes feel good music that puts listeners in a good mind space, but also documents the life and times, Bad Boy Timz brings that same energy and motivation with his new offering ‘Big Money’. Speaking about the inspiration behind the single, Timz says, “Some may say that money is the root of all evil, but money makes the world go round and that is what ‘Big Money’ represents. The track is a happy up-tempo afrobeats record that captures the economic realities in my country, Nigeria, and my desire to change the financial situation of my family for the better”.
Written and composed by Bad Boy Timz, with production from the fast-rising BeatsByTimmy, who has recently worked with Skales, Oxlade, and WhoIsAkin, among others, and award-winning sound engineer Timi Jay (Burna Boy, BNXN, Naira Marley) engineering the track, ‘Big Money’ is an instantly infectious and captivating afrobeats offering, driven by lush drums and synths, over which Bad Boy Timz cleverly articulates the harsh economic realities that young people in Nigeria are faced with, in their attempts to make ends meet, feed their families, and make it out of their present circumstances.
Perhaps most notable for massive hits like ‘Move’, ‘MJ’ and ‘Loading’, Bad Boy Timz burst onto the scene only three years ago, with the breakthrough hit ‘Check And Balance’, which he then followed up with the TIMZ EP, his self-titled debut EP that accumulated over 10 million streams in that year. The last two years have seen the fast-rising star grow from strength to strength, including winning the ‘Rookie of the Year’ award at the Headies Award, amassing over 70 million global streams, and charting on the Billboard US Afrobeats Song Chart, among other achievements.
STREAM + DOWNLOAD HERE: https://music.empi.re/bigmoneytimz
at September 19, 2022