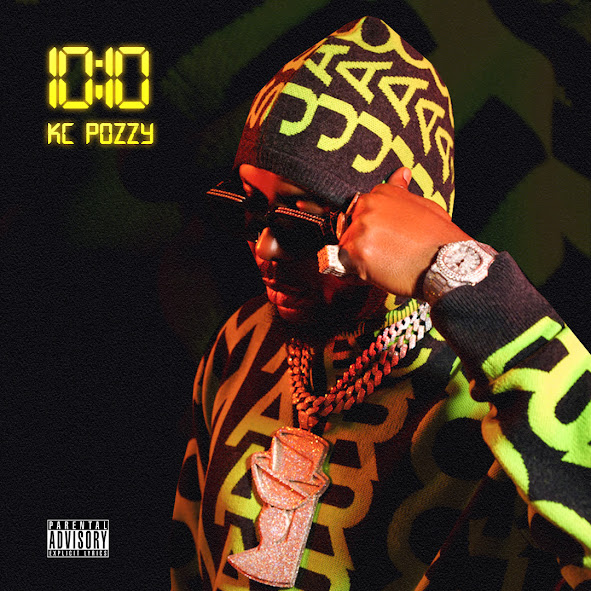 Although summer has come to an end; KC Pozzy is still delivering the riddims! Following his hiatus, the Nigerian star has made his highly awaited return with the release of his brand-new empowering anthem named, ’10:10’.
STREAM/DOWNLOAD: KC POZZY – 10:10
With the aim to inspire and motivate his listeners to take the steps to shape their future and re-write their story, ’10:10’ is glistening with positive energy. Underpinned with a percussive production courtesy of reputable producer Ayo Beatz (Young M.A, Teni, Wes Nelson), KC Pozzy welcomes the track with an infectious hook and silky melodies. Showcasing his go-getter attitude, ’10:10’ is soaked in his Nigerian culture and paired alongside a set of slick visuals. Directed by no other than Photographer X, we follow KC Pozzy and his love interest around various locations, correlating with the feel of track seamlessly.
Hailing from Lagos in Nigeria, the African star seeks to move and inspire his listeners. Reputable for his up-lifting energy, KC Pozzy turns his pain into passion and that’s evident through his music. Growing up selling ice water in Africa, his determination to succeed speaks for itself. Pushing boundaries via his versatile sound, he’s since released two EP’S, three singles and signed a publishing deal with Sony ATV following his collaboration with UK hit-maker Ms Banks on their track ‘Car Key’. Having performed at the likes of London’s O2 Arena, Wembley Arena, O2 Islington and many more, he’s also worked alongside platinum producers Ayo Beatz and Rymez. With more music on the way, KC Pozzy is gearing up to ignite a storm!
at November 21, 2022