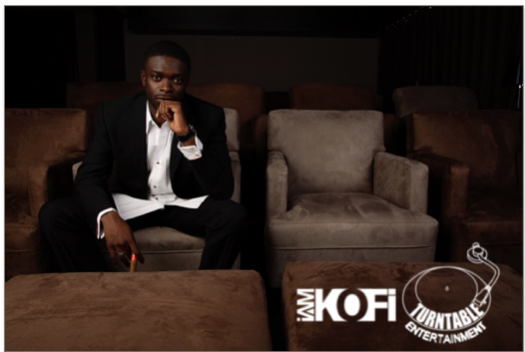 "Would You Like to play at one of my parties?" Lyor Cohen YouTube's Global Head of Music approaches DJ Kofi after he performs a Fela Kuti Vs Run DMC mash up live at the World Economic Forum. Imagine a party were the likes of Lyor Cohen are not the biggest fish in the pond. Well that year Tony Blair and Bill Gates were in attendance at The World Economic Forum, just a day in the life of DJ Kofi.

Life as a DJ started in 1990 when Kofi bought his first DJ set up, doing small parties in London and his hometown of Liverpool. By 1995 Kofi was crowned Technics UK Mixing Champion and an international DJ star was born. Kofi recalls ‘literally the next day after the UK final my phone was ringing off the hook with all sorts of job offers from production to Djing’.

After doing guest spots on Radio 1 and Kiss FM Kofi finally found a home in radio on Choice FM. Where he held down one of London’s most popular mix shows from 1995 to 2002. At the turn of the Millennium Kofi revisited a style of DJing that he started doing first in 1991, what is now know as the mash up. In 2000 he released mix album “Its been a long time” which became a blueprint for the style.

After being ask by Sony Music to do a mix for the late Michael Jackson’s “Invincible” European album launch and seeing the finished product come back as an audio visual mix. Kofi’s mind was open to the endless possibilities of AV mixing. Some years later Kofi added AV to his live show repertoire.

Over the last 10 years Kofi’s turntable wizardry and innovative selections have taken him to over 40 countries. Residencies in Russia, Greece, Switzerland and Bungalow 8 in the UK have brought audiences, fans and friends to his global music and energetic sets. The sole DJ at the first MTV Africa awards Kofi is a favourite among crowds and known as the entertainer’s entertainer. Rocking parties such as Coldplay’s ‘end of world tour party’ at Wembley Arena, Blur’s Hyde Park comeback concert after party, 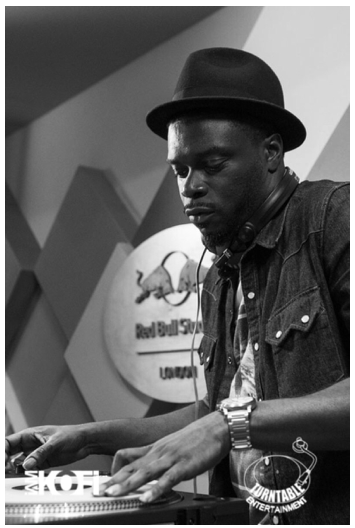 Jay Z after party and the Williams sisters Wimbledon championship parties the diversity of the gigs as eclectic as the music and visuals.

and rocked 10’s of thousands in festivals through out Europe. Being one of the worlds most sort after eclectic DJ’s, Kofi was also hired by Kelis, who put together a DJ band for her All Hearts World Tour Kofi did the US leg of the tour and the European Festivals.