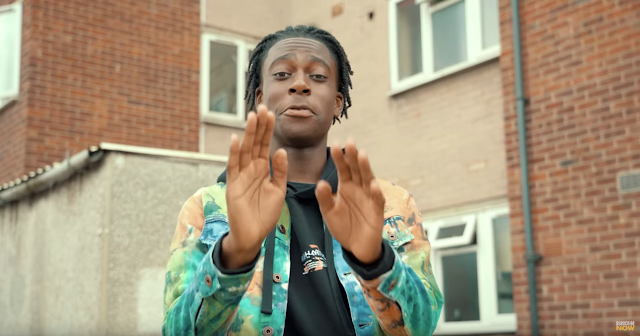 On ‘Jorja’ Hakkz remarks “I had a crush on Jorja Smith but also really respect what she has done for the scene and I just thought I’d make a song about her”.

The 17 year old Dagenham based artist started his journey when at just 14 he put out a track “We Live It’ via soundcloud, which quickly garnered over 100,000 streams. The reaction online to his very first piece of music inspired him to keep creating and putting music out and over the past two years, he has independently accumulated over 2 millions streams, all whilst he was still at school.

Hakkz developed a love for music in his early childhood listening to a mix of Michael Jackson, Chris Brown, Notorious BIG and Tupac. With a stong sense of musicality, it was not long before his passion for playing instruments (he plays the guitar, drums and piano) extended to creating music. With a strong musical approach to making beats, armed with a lyrical ability that makes him stand out and drawing inspiration from a mix of genres – UK Rap, Grime, R&B, Afroswing - Hakkz has melded together his own melodic sound marking him clearly as a young British talent to watch.