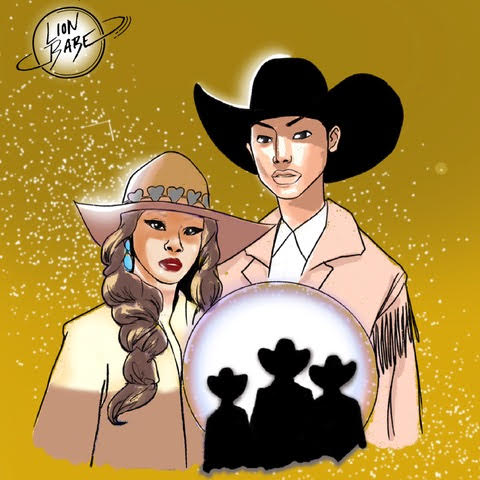 New York based music duo LION BABE (comprised of singer-songwriter and performance artist Jillian Hervey and producer and instrumentalist Lucas Goodman) have released remixes for their single ‘Western World’. Today they have dropped a VIP remix by Astro Raw (Lucas Goodman) and Mike Bloom and a remix by up-and-coming producer and music act omniboi. Listen to the remixes here.

The remixes comes on the heels of their sold-out US tour which saw the duo perform across cities such as their native New York, Los Angeles, San Francisco, Seattle and Chicago in support of their second album ‘Cosmic Wind’ which was released in March and features the stand-out singles, the Pet Shop Boys-inspired ‘Western World’ ft Wu-Tang Clan’s Raekwon and the disco-infused bop ‘The Wave’ ft Leikeli47.

LION BABE also performed a sold-out show at Oslo Hackney in London last month. The intimate gig was their first live date in the UK in over three years – having previously performed sold-out headline gigs at venues such as Scala and Heaven and festivals including Glastonbury, Reading & Leeds and Lovebox – and was a must-see for both long-time and new LION BABE fans.

Highlighting the duo’s growth socially, lyrically and musically, the 15 track album Cosmic Wind also spawned visuals for 'The Wave' feat. Leikeli47 and its lead single 'Western World', with the band taking on the wild west with the help of Raekwon. The album followed a very strong 2018 for the band, earmarked by live performances at Coachella's main stage and AFROPUNK festival and the release of two reimagined covers for Carly Simon’s classic ‘Why’ and Little Beaver's ‘Get Into The Party Life’ which continue to grow rapidly in streams.

Since 2014 and their breakout single ‘Treat Me Like Fire’, LION BABE have created an impressive music catalogue of career-defining tracks such as ‘Jump Hi’ and ‘Wonder Woman’ – taken from their 2016 critically acclaimed debut album ‘Begin’ - and have collaborated with some music favourites such as rapper / actor Childish Gambino, Pharrell Williams and house music sibling duo Disclosure, who featured the band on their single ‘Hourglass'. In 2018, Issa Rae’s HBO Original Series, Insecure recruited LION BABE for their singles 'Hit the Ceiling' and 'Just Me', which were featured on Seasons 1 and 3.

Continually mixing music with fashion and art, the band have previously delivered show-stopping performances and DJ sets for the likes of Armani, Chanel, ELLE Style Awards, Whitney Museum’s Art Party and British Vogue whilst in July they performed and sat front row at the FENDI couture show in Rome and this week they performed for Cartier in Seoul. They also took their electrifying stage show to Amsterdam for sets at Paradiso and Milkshake Festival this summer. 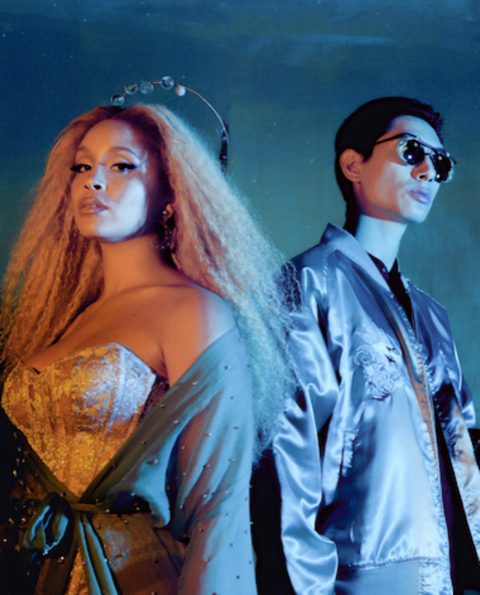 LISTEN TO THE REMIXES HERE