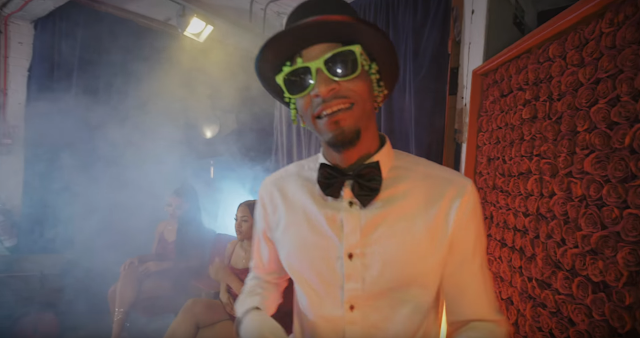 After premiering with DJ Target on BBC 1Xtra, 'Tell Me' is making waves across radio and online, with the likes of Robert Bruce at Capital Xtra, Snoochie Shy at BBC 1Xtra, TRENCH, Link Up TV, Vents and Simulate Your Soul all championing the bouncy record.

Taken from his forthcoming EP ‘Here I Am’, the record is made up of a simplistic instrumental that comes in with an edgy, indie, inspired loop before the layers of drums drop to make way for Peak’s delivery, which command the vibrancy of the track.

Known for peppering out road riddims over the glory years of the Black British Music scene, Political Peak has remained a consistent purveyor of UK Rap. One of the first wave of young rappers that utilised YouTube’s shoot and upload technology, alongside artists such as Sneakbo, Political Peak broke through with singles such as ‘Jetski Wave’, ‘Wave Like Us’ and ‘Touch Ah Button’.

Often overlooked for his fresh and visionary contribution to the revolution of UK Rap in the late 00’s, Political Peak not only helped pioneer a new sound for the masses but also a new way to release music alongside frequent collaborators such as Ard Adz and Sneakbo. Being some of the first underground rappers to frequently gain over 1million views per upload, they were the driving force in creating a huge splash in music. Their raw, gritty, road rap style combined with the bouncy vibrant afro-beat and dancehall influences have trickled in to the sounds we hear today in the likes of chart toppers such as J Hus, Kojo Funds and Not3s.

Setting pace this year with numerous releases including ‘7PM In Brixton’, ‘An I’ and ‘As If’, Political Peak’s wave is set to get even higher as his ‘Here I Am’ EP is already lined up and ready to go in early 2020. Making one final statement before signing out of 2019, the rapper continues to keep it real and vibesy with ‘Tell Me’.
at November 27, 2019