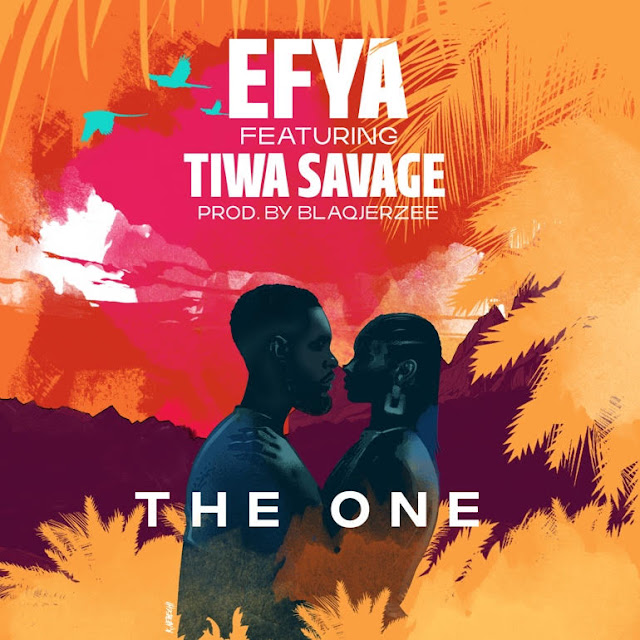 Ghanaian soulstress Efya releases her second single of 2020 The One, featuring renowned artist Tiwa Savage, creating a beautifully, elegant masterpiece of a song. The sun-soaked single finds Efya at her effortlessly, enchanting best, teaming up with producer Blaq Jerzee for a romance tinged single.

Efya says “. “I was recording at dawn trying to make this sound that was in my head and Blaq Jerzee, who’s a great producer, really translated it well. Tiwa had just woke up, she came to the room and was like, “what is this I hear?! Let’s do this song!” So that’s how it was.” It took a year to finish the track, the star reveals. “But that’s how greatness happens – you take your time to get it right.”

Efya has never been one to stay in her lane; a singer, actress and humanitarian, she strives always to be the best version of herself whilst helping others. Blending soul, kwaito, afrobeats, pop and r&b, she often collaborates with other artists from different countries such as Mr Eazi and Wizkid.

Since bursting onto the music scene with her powerful songs, she has won seven Ghana Music Awards, two City People Awards, a Best Female nomination at the 2014 MTV African Music Awards and an Artist Of The Decade nomination at the 2018 VGMAs. Sarkodie, another of Ghana’s leading lights, loves her, as does Diplo, whose Major Lazer jammed onstage with the star at Accra’s Sandbox in 2019.

The Ghanaian star will have lots more to come, so keep your ears tuned.