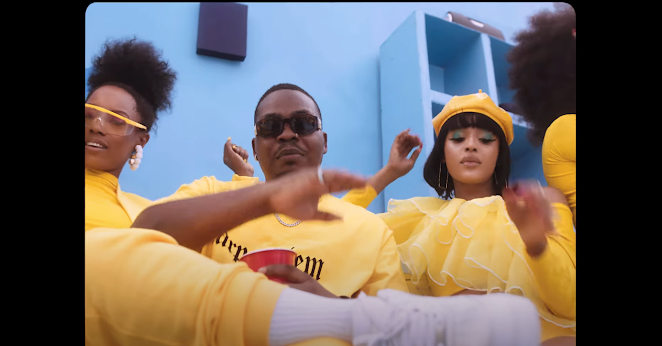 “Music has always been my saviour, so I thought for once I should share with the world what happiness sounds like to me,” OLAMIDÉ says.
Known for multilingual tracks which showcase his ability to rap and sing in English, Yoruba and Pidgin, OLAMIDÉ broadens his musical horizons on Carpe Diem, exploring new influences and his range as a vocalist.
“The project is a reflection of my mind, and also the current sound brewing underground in Nigeria,” Olamidé says.
The 12-track album, which is being released through a newly-formed partnership between OLAMIDÉ’s long-running YBNL Nation imprint and indie powerhouse EMPIRE, contains features from Fireboy DML, Omah Lay, Peruzzi, Phyno, Bella Shumrda and Bad Boy Timz. P.Priime produced the majority of Carpe Diem, with the remaining tracks coming from a production squad of Pheelz, VStix, ID Cabasa and Young Jonn. Lead single “Eru” dropped earlier this month, instantly becoming the No. 1 song on streaming platform Audiomack on its day of release.
at October 02, 2020