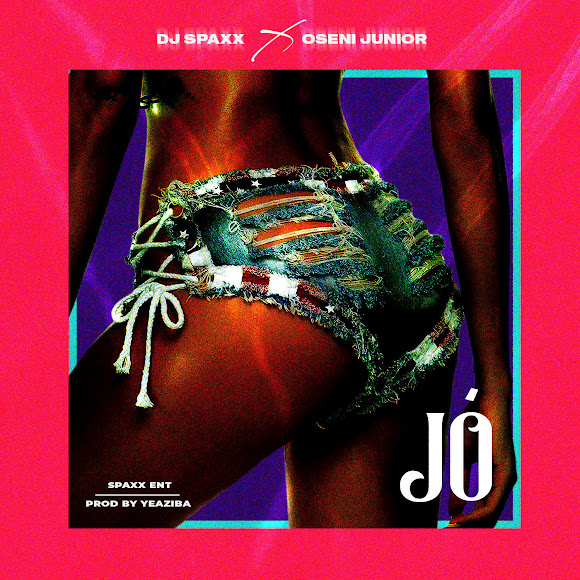 Nigerian/ USA disc jockey; “DJ Spaxx” teams up with US based afrobeats artiste; Oseni Juniorto release a new banger titled; JO, produced by; Yeaziba.
James Oluwaseyi is a DJ/ Producer/ event Planner/ Promoter from Nigeria, based in New Jersey USA, known Internationally as; DJ Spaxx, aka "The Oracle of Mix".
Spaxx is called the oracle of mix for his ability to mix all genres, trill and entertain different types of audience across the globe and his scratching skills, features that has made him stand out from many other dis around the world and won him recognition and several awards. Spaxx has released several mixtapes and singles featuring several A-list Artiste worldwide. In 2018 Spaxx released a song with Mr May D titled Gbege which gave him recognition in the Nigerian music industry and put him on tour and he followed up with several hit singles and live performances.
Follow him on all social media platforms; @prodjspaxx.
at December 22, 2020