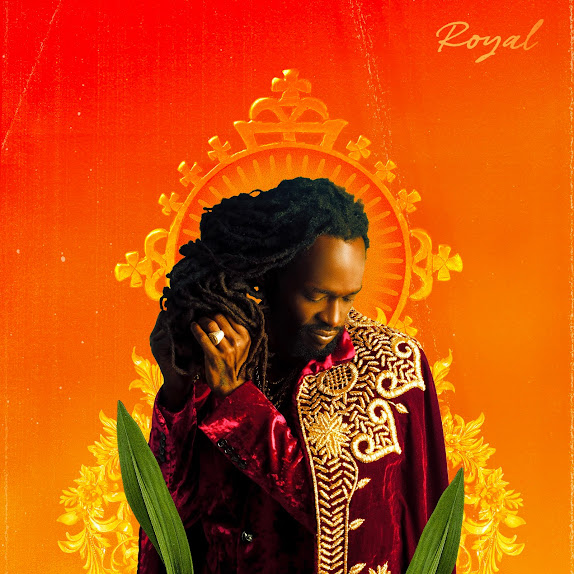 Today, Jesse Royal - one of Jamaica’s most charismatic young stars - releases his sophomore album Royal via Easy Star Records. The singer-songwriter has been a key player in the island’s current reggae movement along with his contemporaries Chronixx, Protoje, and Koffee, and returns this summer with his modern take on the genre.
STREAM/PURCHASE: JESSE ROYAL - ROYAL
On Royal, Jesse’s messages are rich and conscious, possessing the fervor of reggae and Rastafari at its core while mixing in elements from a multitude of genres. “On this album you will hear elements of hip-hop, jazz, blues, Afrobeats and dancehall but reggae is the backbone that holds everything in place. We can’t run from the authentic energy and vibes bestowed upon us by the Most High because that is what makes us great; there are things that you learn along the way, but greatness is when you know yourself,” Jesse says about Royal.
Jesse collaborated with like-minded colleagues to let the creativity flow. He tapped guest vocalists from the incarcerated dancehall legend Vybz Kartel, Grammy-nominated reggae star Protoje, Ghanian lyricist Stonebwoy, former Raging Fyah lead vocalist Kumar, rising Jamaican singer Samory I and the island’s versatile artist/producer Runkus on the 11-track set. The Royal album incorporates live instrumentation and programmed riffs, experimental and traditional sounds, all of which contribute to Jesse’s most impressive body of work to date. The rich production features Grammy-winning Sean Alaric (responsible for Koffee's "Throne" and Teyana Taylor's "Bad") who produced over half the album, along with Jesse Royal himself, Natural High, Dretegs, iotosh, Yared Lee, Romario Bennett (also known as Runkus) and Wayne Thompson.
The LP follows his 2017 debut Lily of Da Valley, which held the #1 spot on U.S. Billboard Reggae Album chart for consecutive weeks, but Royal is a much more liberating album for Jesse.
“I was way tamer of an individual on my previous album,” says Jesse of Lily of Da Valley. “This album is much freer. We tried interesting melodies that I probably didn’t trust before and I expressed things that I typically wouldn’t, so that’s also why we called this project Royal. Because reggae is truth music –we burn certain fire, but we don’t want to be labeled as people who only do one thing because music doesn’t really have a specific language, mood or a message, the artist imparts that,” he adds.
The messages delivered throughout Royal are militant yet divinely inspired, profoundly moving and politically provocative. Whether he “dismantles Rastafarian stereotypes” (Billboard) on “Natty Pablo,” reaffirms African excellence with rapid-fire rhymes on “Black” or “contemplates the true meaning of wealth outside of material goods” (The Fader) on “Rich Forever” feat. Vybz Kartel, the lyrics on Royal run deep. New York Times proclaims to “play loud” and chose the latter song as “music to cook to.” His rebel spirit and edge are evident, appealing to the next generation fighting for change. The release also unveils a softer side of Jesse on the romantic single “Natty Dread” celebrating his love for his ride-or-die lady and on the standout track “Home,” a heart-wrenching letter to his daughters explaining his absence in their lives while he is on the road touring as a musician. Through vivid storytelling rooted in the belief of a universal truth, Jesse Royal’s music carries a message of hope, strength, love, and consciousness.
Listen to Royal: moremusic.at/Royal
This Sunday, June 13 in Miami, FL, Jesse Royal celebrates his release with his first performance to a live audience since the COVID pandemic. See tour dates and more details below.
2021 Tour Dates:
Jun 13 - Royal Album Launch - Miami, FL @ Oasis Wynwood [Tickets]
Jul 2 - 9th Annual RIDE Festival - Telluride, CO @ Telluride Town Park [Tickets]
Oct 9 - Reggae Rise Up Vegas 2021- Las Vegas, NV @ Downtown Las Vegas Events Center [Tickets]
Oct 21 - St Petersburg, FL @ Vinoy Park [Tickets]
Royal Track Listing:
1. High Tide Or Low feat. Samory I
2. LionOrder feat. Protoje
3. Dirty Money feat. Stonebwoy
4. Natty Dread
5. Home
6. Rich Forever feat Vybz Kartel
7. Natty Pablo
8. Black
9. Like Dat feat Runkus
10. Differences
11. Strongest Link (Do My Best) feat. Kumar
Stay up to date with JESSE ROYAL by following his socials for news about upcoming releases & more.
INSTAGRAM / SPOTIFY / TWITTER / FACEBOOK / http://www.jesseroyalmusic.com
at June 18, 2021