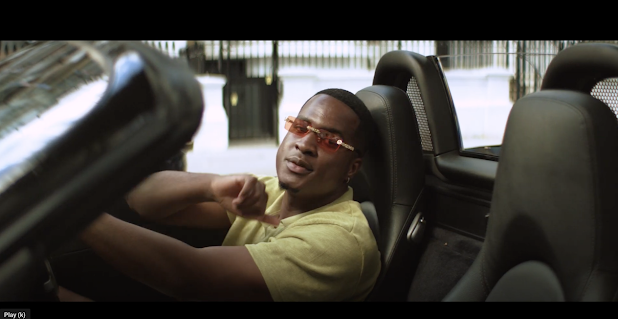 Let’s be honest, the street’s need to know where to go next with their emotions as Gabzy’s alter ego spoke volumes on his debut 2020 EP ‘Malone’ .
Pull Up has dropped just in time for a very hopeful summer, where many of us will be hoping to ditch 'whatsapp' & pull up on love interests! Diving into the fusions of Afro R&B this record screams for numerous cocktails, h'enjoyment and a lil waist whining.
One of South East London's most exciting rising stars has picked up significant radio support across a spectrum of trusted tastemakers such as 1Xtra's DJ Target, Twin B, Nadia Jae (Radio 1 Relax), DJ Ace, Jeremiah Asiamah & Capital Xtra's Manny Norte (#TheNorteShow) & Leah Davis (Chilled) who have championed his sound here on UK National Radio. Received co-signs from global artists & celebrities such as Maya Jama, Molly Mae, Masego, Saweetie, Tion Wayne, Mahalia, Reekado Banks and more.
His lead single off the Malone EP, 'As Friends’ was added to the BBC 1Xtra Playlist and also remained in the Official UK Afrobeats Chart for 13 weeks & peaked at position #12.
Gabzy began writing down his feelings during his teenage years, in order to understand  the array of emotions he’d begun experiencing. A trip to the US is what caused Gabzy to meet the Ying to his musical Yang and frequent producer/collaborator melvitto. Pull Up is
co-produced by Lekan Beats (Young T & Bugsey, Wizkid, Dappy and Not3s)
at June 28, 2021