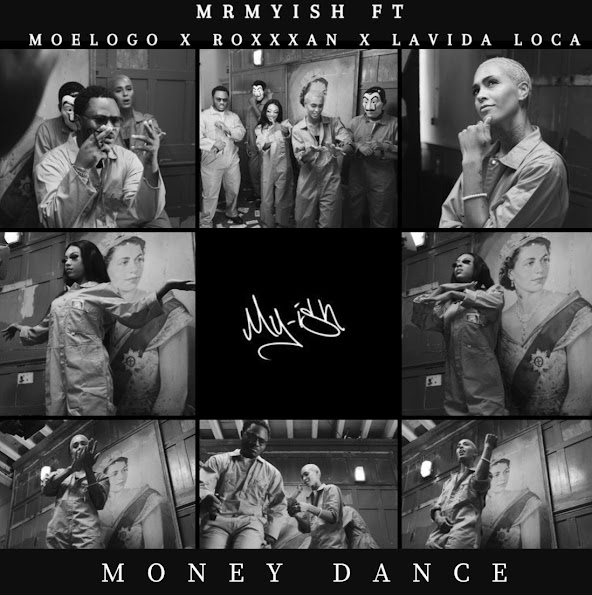 International music executive, producer, singer, songwriter and artist manager MrMyish steps out with his official debut release as he masterminds an all-star lineup for afrobeat blended, summer anthem ‘Money Dance’. With production courtesy of world-renowned producers Bayoz Musik & Footsteps, the hard-hitting rap verses from Moelogo, Roxxan and Lavida Loca contrast perfectly with the melodic, afrocentric, party based hook. With a vibrant essence and up-tempo melodies alongside a dancehall/afrobeat drum-based fusion, MrMyish creates a future classic that will echo from the DJ booths of clubs across the world, just in time for it reopening.
STREAM/DOWNLOAD: MRMYISH FT MOELOGO, ROXXXAN AND LAVIDA LOCA - MONEY DANCE
As a UK based music mogul, MrMyish has played an integral part in developing artists into international success stories for the last 20 years. Starting his career as part of the Sony street team, his role developed in his move to Def Jam where he marketed some of the world’s biggest superstars including Jay Z, Kanye West, Rihanna, Rick Ross, Mariah Carey and Justin Bieber. His evolution to A&R then saw him work with pop legends such as Mr Hudson, Pixie Lott and Elton John before his desire to launch his own label and management company ‘My-ish Music’ became the focus. Since its creation the label has worked with the likes of Not3s, Sway, Donae’O and Princess Nyah and cites the likes of Incisive, Prince Jamil, Moelogo and Julian Marley as clients, solidifying itself as a pillar of the Black British Music scene. Now taking the lead with his own slew of releases, MrMyish collaborates with his Myish family to present ‘Money Dance’. Speaking on the release, MrMyish’s explains “Money dance is the mixture of all that’s right with the UK music scene, blending artists from multiple genre’s on 1 record and creating magic that bangs. It reintroduces new and old fans to the force that is Myish and the creatives that make it a family.”
Teamed with an impressive, captivating visual, which emphasises the variance of different styles and musical approaches, ‘Money Dance’ is brought to life by UK director Eric Myers. The movie like concept features the full cast of contributors and sees them in a fast-paced heist. As the artists in the video plot on how they will secure the money, the story unfolds and they are soon shown being interrogated, bringing new meaning to the lyrical content within the record. The energetic scenes, unique backgrounds and styling all feed in to the party vibe that is captured throughout the video making it a great watch!
at August 08, 2021