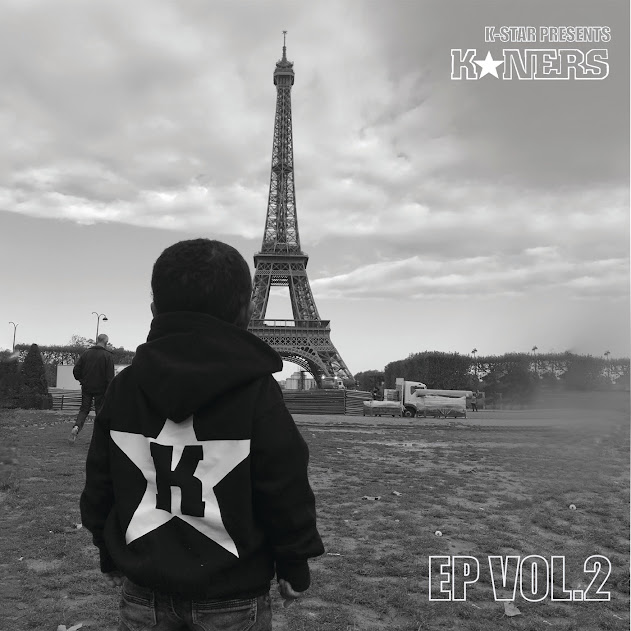 UK rap veteran K*NERS solidifies his position as one of Bristol’s finest with the release of the ‘Time Is Counting’ Remix. His thought-provoking chorus coupled with the smooth hip hop production provides the perfect platform for the featuring artists to deliver heavy-hitting verses.

The nostalgic feeling that this track brings, is complimented by the varying styles of the featuring artists. With a line up including the likes of Grim Sickers, Tanya Lacey, Genesis Elijah and Blacksmith, it delivers a sense of unity whilst proudly displaying the lyrical ability Bristol city has to offer.
STREAM/DOWNLOAD: K*NERS – TIME IS COUNTING REMIX FT GRIM SICKERS, TANYA LACEY, GENESIS ELIJAH, BLACKSMITH
With dynamic visuals that pay homage to the key elements of hip hop, flawless transitions, background graffiti, unique and eccentric vibes that contrast the realistic, down-to-earth setting for each scene, this video is really providing a taste of what the K*Star camp has to offer. This sentiment is mirrored when K*NERS explains that he is “keeping it real as always about what’s currently happening in the UK music scene.”
WATCH: K*NERS – TIME IS COUNTING REMIX FT GRIM SICKERS, TANYA LACEY, GENESIS ELIJAH, BLACKSMITH
‘Time Is Counting’ remix is taken from the eagerly anticipated K*Star EP Vol 2. The reach of this project surpasses national boundaries, with features from well-known artists in the UK and from America! The elevation of K*NERS talent is not only demonstrated by the calibre of contributing artists but also by the worldwide support. With Rap Legend ‘Chuck D’ from Public Enemy stating “K*NERS is always bringing that consistent fire from the UK”, as well as continuing support from countless radio platforms including BBC radio and Kiss FM. The support does not stop there, it blossomed into an invitation for K*NERS to perform at the BBC Airwaves Festival. This opportunity allowed him to take centre stage amongst some of the world’s biggest acts such as Rag n Bone Man, James Arthur, Gabrielle and many more.
The hard work that K*NERS has put into polishing and perfecting his craft is evident in the sheer number of bangers on his latest EP. With the GRM Daily release of the ‘Time Is Counting’ remix K*NERS demonstrates to the world that he is a definitely a force to be reckoned with.
Stay up to date with K*NERS by following his socials for news about upcoming releases & more.
INSTAGRAM / SPOTIFY / TWITTER
at August 08, 2021