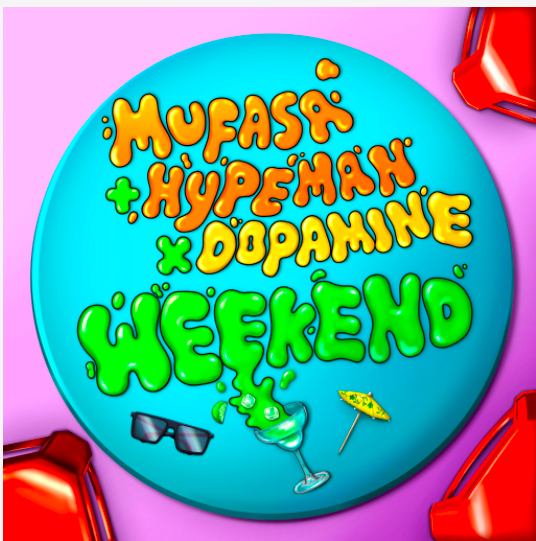 MUFASA & HYPEMAN X DOPAMINE RELEASE NEW SINGLE
‘WEEKEND’ OUT NOW
FOLLOW UP TO PLATINUM CERTIFIED SINGLE ‘FRIDAY’
‘FRIDAY’ AMASSED HALF A BILLION STREAMS
HIT THE UK TOP 5 AND ACHIEVED OVER 750,000 SALES
STREAM  HERE
Following the runaway success of the viral single ‘Friday’ – which has garnered a staggering half a billion streams, shot to the Top 5 in the UK and been certified platinum with over 750,000 UK sales – the exciting duo Mufasa & Hypeman have teamed up again with DJ/producer collective Dopamine for their new single ‘Weekend’.
The perfect timing for the last summer bank holiday weekend, the infectious single ‘Weekend’ is set to get you in the mood to party and offers a sprinkling of nostalgia with its reworking of Madonna’s 80s pop classic ‘Holiday’. Hypeman & Mufasa, with Dopamine on production and vocals, have set the agenda for this weekend and many more to come.
Speaking on the single, Mufasa said: “We wanted to do something different and pay homage to Madonna with the 80s classic song, ‘Holiday’ but with our little twist. We decided to declare the weekend a Holiday cause who doesn’t love the weekend?”
Hypeman said: “We always try to be better than our last and with this new single, I know we did just that. Creating the weekend was not only fun for us, but relatable for everyone around the world”
Dopamine vocalist Sam Harper added: ‘It feels like the right time to bring joy to the world by getting everybody back on the dancefloor. We’ve been working hard to capture that energy in our records and can’t wait to see everyone’s reactions.”
​​Dopamine DJ, Ethan Porte added: “I can’t wait to start playing this one in my sets. If ‘Friday’ is anything to go by, people are going to love this one”
Mufasa & Hypeman are the unlikely duo that shot to global fame following the release of their iconic viral adaptation of MK’s legendary remix for Nightcrawlers’ club classic ‘Push The Feeling On’. The video has spread joy to millions of people around the world during lockdown and became an instant hit on TikTok with the likes of Katy Perry, Kanye West and Gordon Ramsay paving the way for a challenge which would see tens of thousands of people get involved. The viral video was also picked up by BBC’s The One Show and featured as part of Radio 1 Greg James’ Lockdown Awards.
Dopamine is the brainchild of a set of visionary music producers who have produced multi-platinum smashes across the globe under various other guises and have dominated the charts with feel-good, club-ready dance records. The DJ/producer collective also includes vocalist Sam Harper who also provided the vocals for the last smash single ‘Friday’. 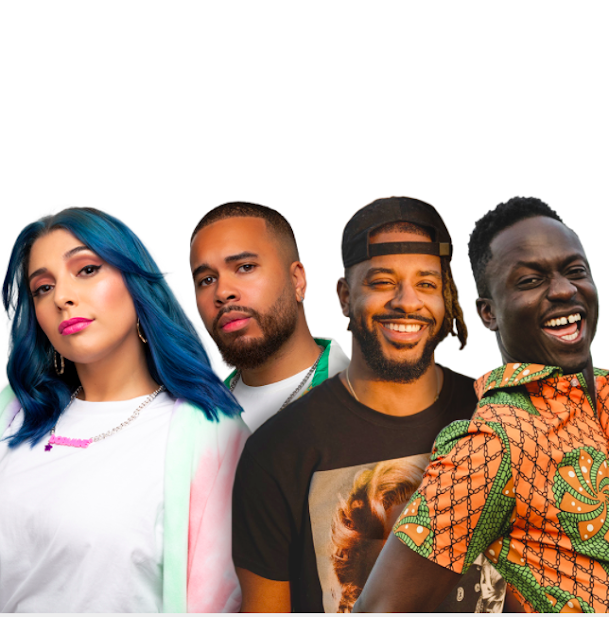