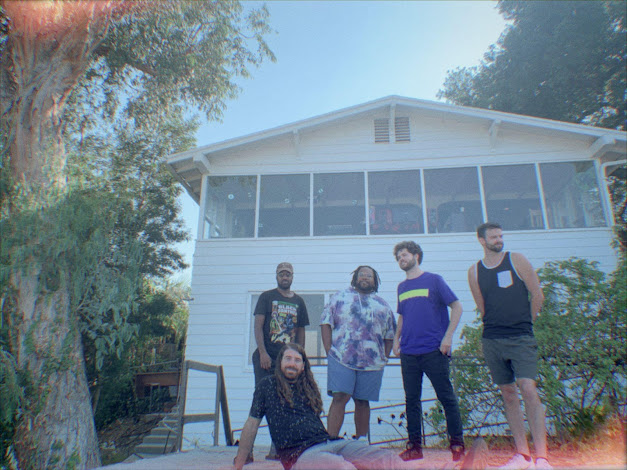 Meet the band who turned COVID chaos into collaboration
American funk/soul staple The Main Squeeze share new single ‘Sunday Morning’
Listen to ‘Sunday Morning’ here!
There may not be another band on the planet who had a pandemic like American funk/soul staple, The Main Squeeze. A multi-cultural five piece from Los Angeles, The Squeeze have built a cult following in the States on the road - putting rubber to pavement and playing over 1,000 shows together over the last seven years.
“We lost our livelihood when touring shut down man. But life is crazy, and it turned out to be a blessing for us all” says Smiley, the band’s keys player.
After deciding to move in together to maintain their productivity, The Squeeze started sharing moments from their backyard as they worked on a new album. Less than a month later, they found themselves as the biggest band on TikTok.
“The dominos just started to fall from there” says frontman and lead singer Corey Frye.
Within a month's time, the band found themselves in studios working with Grammy-nominated R&B artists such as Gallant and 6lack.
“We had never been off the road long enough for that to be a possibility or thought for us” says Smiley. “We still can’t believe it”.
‘Sunday Morning’ is the band’s first offering from their new album, a finalised version of the first 5 minute backyard idea that took off on TikTok. They admit an intention of this body of work was to bring some optimism to the world after a difficult time.
The band says they wrote this song about that moment on a Sunday when the sun starts to peek through the curtains. You have the person you love laying next to you. Their smile lights you up inside. “We tried to capture that feeling....the first two lazy hours on a Sunday with the person you love.”
at August 31, 2021