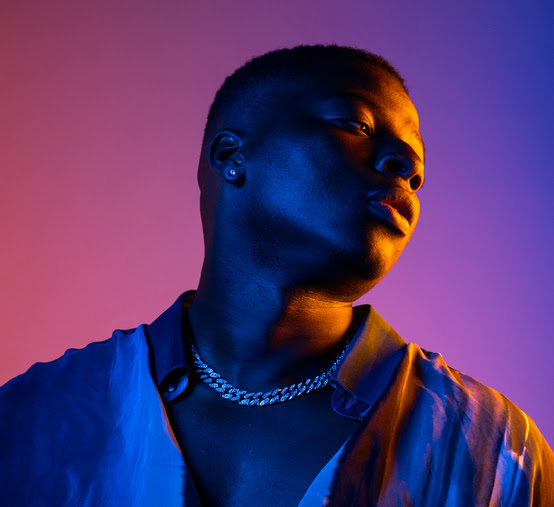 Introducing 21-year-old Ghanaian Nigerian afrobeats artist and songwriter OG EMMY with his brand new EP titled SIPPING REMY, which sees the exciting afrobeats newcomer OG Emmy collaborating with burgeoning Nigerian and Ghanaian producers such as StevJazz, who has worked with the likes of Juju, Praiz and Kida Kudz; TXMPO, who has produced for Ycee, PsychoYP and Zilla Oaks; and MikeMillzOnEm (Sarkodie, M.anifest, Efya, Amaarae) to deliver a glorious 5-track opus to not only soundtrack the end of summer 2021, but to also firmly place OG Emmy on your radar as an exciting new artist to watch for in the afrobeats music landscape.
The Sipping Remy EP opens with the infectious afrofusion track ‘Trouble’, which sees OG Emmy extoling the virtues of a trouble-free life, devoid of any drama or negative vibes, before flowing into the summer-ready ‘Remy N Chill’ with its chill party vibe, and OG Emmy’s first official single and ode to black women titled ‘KitKat’. The rest of the EP features the posse cut ‘Remy Money’, which sees Emmy and a few of his artist friends enjoying themselves on the celebratory track, and the EP’s title track ‘Sipping Remy’, which sees the project take a complete 360-degree turn for a more hard-hitting sound, as OG Emmy reveals his rap-influenced alter ego to great effects.
Born and raised in Rivers State, OG Emmy has been cultivating and building his music repertoire since he was the age of 14, writing songs and performing in local concerts from such a young age, and when he was 16, he created the popular Nigerian teen talent concert series ‘XPOSURE’. In the past two years since his official debut single ‘KitKat’ released when he was 18, OG Emmy has been garnering support across Nigerian and Ghanaian radio tastemakers such as COOL FM, Rainbow FM, Star FM and Joy FM, among others. Highlighted as an exciting new afrobeats prospect, his new EP Sippin Remy is sure to set him apart as one to watch this year.
‘SIPPING REMY’ EP TRACKLIST
1. Trouble
2. Remy N Chill
3. KitKat
4. Remy Money
5. Sipping Remy
EXCITING AFROBEATS NEWCOMER OG EMMY UNVEILS INFECTIOUS NEW EP ‘SIPPING REMY’
LISTEN ON SOUNDCLOUD:
https://soundcloud.com/ogemmyszn/sets/sipping-remy
LISTEN ON SPOTIFY:
https://spoti.fi/3hDvScB //
APPLE MUSIC:
https://apple.co/2Z2W7Tf
at September 17, 2021