NEWS: Promoter accuses Duncan Mighty of swindling N3.6m from him. 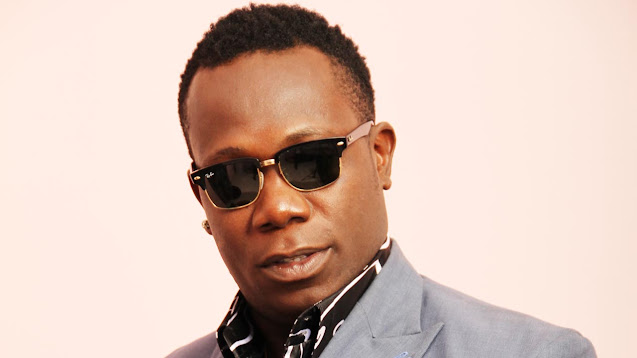 A certain promoter has accuses ‘Port Harcourt’s first son’ Duncan Mighty, of swindling him.
According to his story, Duncan was paid over three million and some change to come perform at the “Nkporo Youth Unity Concert” in December, 2021.
The muscian never showed up for the show.
The promoter also alleged that Duncan is famous for collecting money and not coming through.
Recall that Duncan Mighty posted photos of himself in bandages. It was news that he was involved in an accident but the promoter is not buying that story.
“I paid Duncan Mighty N3million for Nkporo Youths Unity Concert that held December 30 2021, and additional N630k for flight tickets. He didn’t show up for the concert.
“Next I heard was a picture of him wrapped in bandages claiming accident while holding his cell phone.
“Duncan Mighty has become notorious for collecting money from show promoters and not showing up. He did that with a show in Uromi, Uyo and other places.
“I am not one who would want to deal with folks in the entertainment industry. Duncan should avoid my troubles and pay back NOW!,” the promoter wrote.
Duncan is yet to respond to these allegations.
See tweet below. 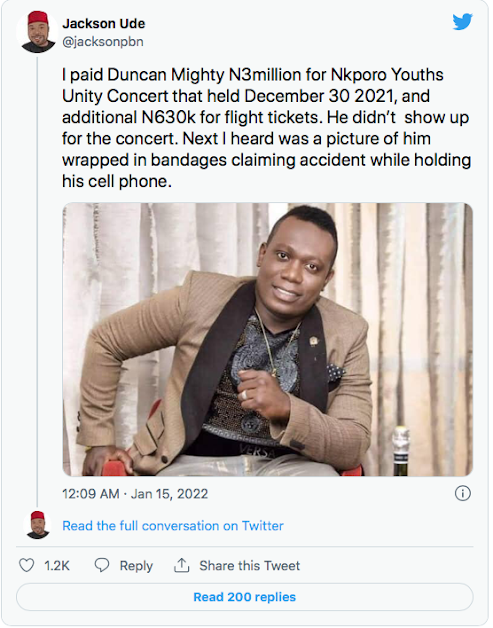 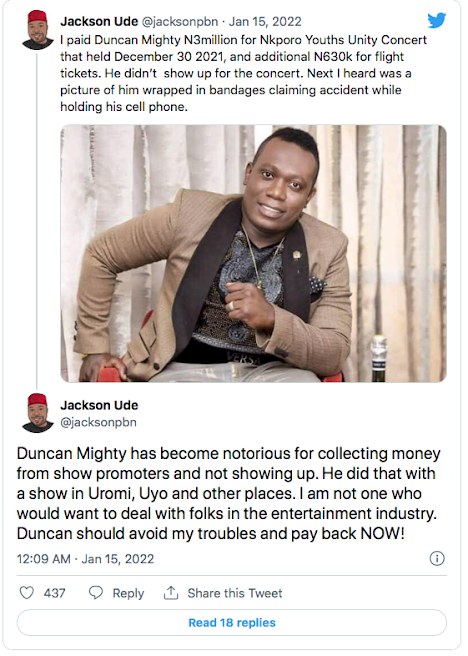