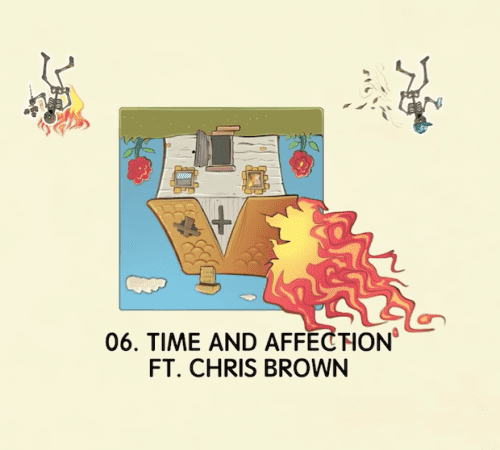 Rema and Chris Brown Link Up And Dish Out ” Time N Affection “.
Mavin and Jonzing World golden boy, Rema returns with another banger titled, Time N Affection featuring Chris Brown. Produced by London, the new banger is taken off Rema’s newly released debut album, Rave and Roses, a 16-song set on which he details love, addiction and fate with pointed clarity. STREAM HERE
“‘Time N Affection’ is about the time you put into someone you love and how much you give into it. It’s one thing to love and spend money and ball and whatever, but when it loses that main interest, it’s not love anymore. It’s lost. Putting in your time, no matter how busy you are, and putting in your interest proves how much you love someone, and that’s what the song is all about. Chris Brown did his part and that made it a special record. Very graced to have his vocals on my album.”
As a standout talent, Rema has been a critical factor in pushing Afropop into a genre-fluid. He has delivered numerous Afro-fusion hits. This new one with American Pop-star, Chris Brown is definitely another banger!
at March 25, 2022