"A laidback earworm that smuggles its heartfelt message underneath rolling percussion and delicate guitar licks" - The FADER
"Sweet, charming and seductive in equal measure, it’s hard not to feel indulgent listening to this one." - COMPLEX
Today, Nigerian Alté pioneer BOJ shares his latest single “Culture” featuring UK rising star and rap sensation ENNY. The track explores heritage, relationships and of course, culture. It is the latest song to be taken from BOJ’s highly anticipated new album Gbagada Express which is due for release later this Spring.
The celebratory “Culture” video, which also drops today, is a visually sumptuous accompaniment directed by Akwasi Poku, and sees the two artists shot in a glowing sepia hue and commanding the room with smooth microphone control and an iconic wardrobe. BOJ’s honeyed vocals drift seamlessly alongside the vibrant, percussion laden beat, a glorious amalgamation of smooth R&B and Afrobeat concocted by the genre-melding visionary, with ENNY’s quickfire vocals serving to bolster BOJ’s unique Alté style. ENNY has made a rapturious entry into the UK rap scene, blessing it with her energetic flows and sharp lyricism and these two artists have come together to create a track which encapsulates the sounds of their shared Nigerian culture.
BOJ on "Culture":
“Culture is about building the bridge between Lagos and London through music. Both Enny & I are Nigerian, and on this track we decided we would talk about our culture & the many known traditions it has.”
Born in Britain and now based in Lagos, BOJ is currently signed to Moves Recordings (Naira Marley, Skendgo x AM, Afro B). Collaborating with industry heavyweights from grime to afrobeat, past artist collaborations have included Skepta, Tiwa Savage, Davido, Mr Eazi, and most recently the Brit and Grammy Award winning Dave on the track “Lazarus” from the UK number 1 album “We’re All In This Alone Together”. BOJ made an electrifying appearance with Dave last year at Parklife, and most recently came out at Dave’s sold-out O2 show in February.
BOJ is releasing his forthcoming studio album Gbagada Express this Spring, featuring previous singles ‘Emotions’ and ‘Money & Laughter’, it promises to show us growth, enlightenment and synergy; with a wealth of collaborations including WizKid, Davido, Amaarae & Enny. Watch this space for much more.
LISTEN HERE 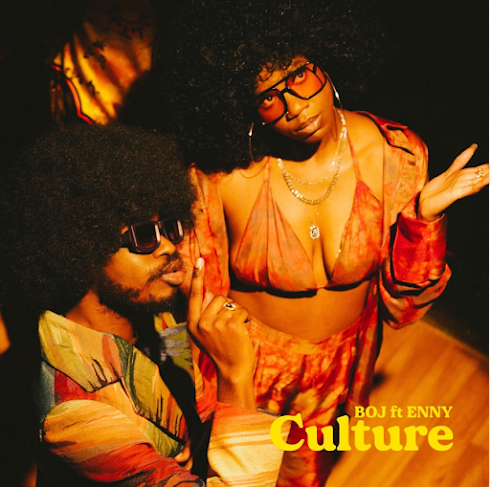